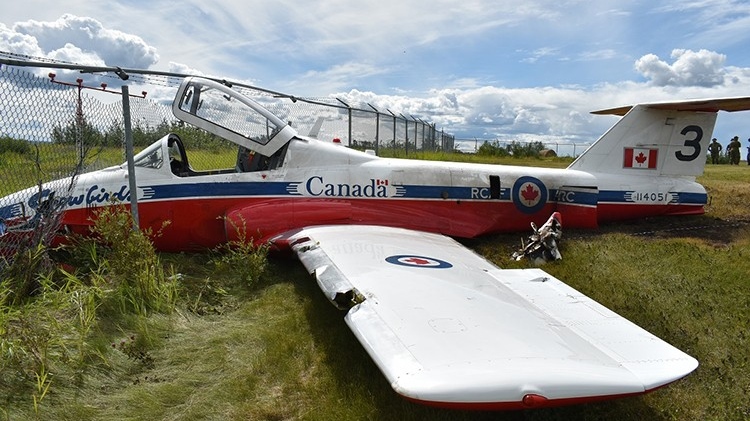 By Jeremy TubbsSeptember 22, 2022News
No Comments

A report commissioned by the provincial government on the growing problem of repeat offenders and random violence made 28 recommendations aimed at overhauling the justice system. Public Safety Minister Mike Farnworth says the government plans to implement three of the recommendations right away, including a return of the prolific offenders management system. Former Vancouver deputy police chief Doug LePard co-authored the report and says the random violence and crime by repeat offenders is causing incredible distress in many BC communities. Attorney General Murray Rankin says the solutions will be expensive to do properly and there will be consequences in the government’s budget.

An improperly assembled oil filter has been determined to be the cause of a crash involving a Snowbird’s jet in Fort St. John last month. The crash prompted the grounding of the aerobatics team and forced the cancellation of several events, including at the Abbotsford International Airshow. No one was hurt in the Fort St. John crash, although the plane was seriously damaged. Investigators say the conclusion of this investigation means the planes can resume operations and they’re cleared for takeoff.

Police in Victoria say two suspects have been arrested following a series of rental frauds that cost at least 10 victims thousands of dollars. They say the fraudsters connected with victims through online ads for rental suites — often on Craigslist — and typically communicated with them through email and text, often over many weeks. The suspects would sometimes meet with victims, call their references, and hand over fraudulent key fobs for buildings. Police say one of the suspects was wanted on a warrant for violating conditions related to a previous series of crimes, where he faced 36 different fraud-related charges.

Vancouver police have opened an online video portal that investigators hope will help identify suspects who sparked violence and damage at a cancelled concert at the Pacific National Exhibition. The furor started on Sunday after rapper Lil Baby suddenly cancelled his performance, and police say those people who stayed to vent their frustration caused hundreds of thousands of dollars in damages. Sergeant Steve Addison says they’ve made it easy for people to submit their video to the Vancouver police website. Seven people were originally arrested, but many others were involved in damaging food kiosks, tables, and tents, while police say there were reports of looting and multiple fights broke out.

BC’s gang squad says a month-long enforcement push in the Thompson and Okanagan regions led to arrests and seizures of drugs, weapons and money. The Combined Forces Special Enforcement Unit says it worked with police forces in Kamloops, Kelowna, Vernon, Penticton and the BC Highway Patrol for the month of July to suppress gang activity. The enforcement teams seized 224 kilos of illegal cannabis and kilos of other illicit drugs, including fentanyl and cocaine. The unit says during the summer months, with increased visitors to the Okanagan, the gang enforcement team focused its efforts there to increase public safety.

The Stanley Park Ghost Train, one of Vancouver’s most popular Halloween attractions, will not be entertaining children this October due to mechanical issues with the aging train. The cancellation comes after the trains failed to pass a recent inspection by Technical Safety BC. City officials say some of the engines are more than 60 years old and require unique and hard-to-access parts and specialized service, which are both in short supply. The city is collaborating with and engineering team at Simon Fraser University on longer-term solutions for the train, including climate-friendly alternatives like electric engines.