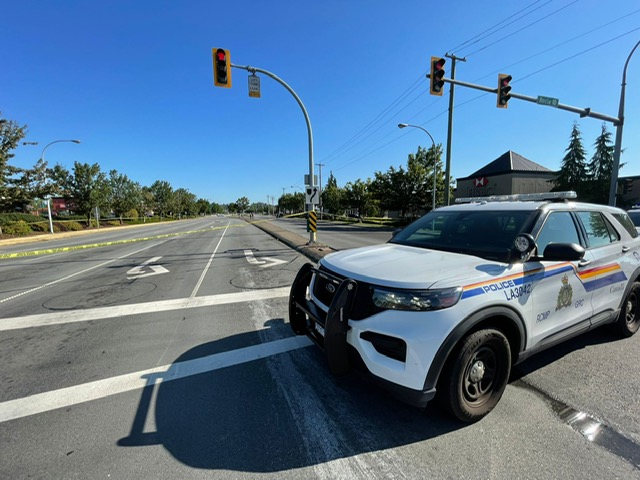 By LeslieJuly 26, 2022General
No Comments

A day after a deadly rampage in Langley, there’s still not a lot of clarity about the reasons behind the attack. Police are offering help to those in the community who are affected by what happened.  Four people were shot early Monday morning, two of whom died. Two others were hospitalized.  The suspect, Jordan David Goggin, was shot by police. The 28-year-old Surrey man died at the scene.  Goggin was known to police for “non-criminal contacts,” police say. But Public Safety Minister Mike Farnworth notes investigators still don’t know the shooter’s motive.  Most of the shootings happened before sunrise, but people across Metro Vancouver knew about the police incident shortly before 6:30 a.m. when they were jolted awake by an emergency alert.

Community members have an opportunity to receive help from specialists at a community outreach event Tuesday planned in the aftermath of the Langley mass shootings.  The Langley RCMP Victim Services Team in partnership with the IHIT Victim Services team will be hosting a Community Outreach Event  “All members of the community in need of support are invited to attend this event at the Nickomekl Elementary School gym.  The event is from 3 to 8 p.m. at the school which is at 200th and 53rd Ave.

Two Surrey men have been charged with first-degree murder in the double murder of two men in Whistler.  Police say the 24-year-old and 20-year-old are accused in the targeted hit of the men outside a Whistler hotel.  The Integrated Homicide Investigation Team has said one of the victims, was the subject of a warning from B-C’s anti-gang squad as posing a significant risk to public safety.

Deliberations have begun at the sexual assault trial of former Vancouver Canuck Jake Virtanen.  Closing arguments by the Crown and defense both focused on the reliability of the testimony of Virtanen and the 23-year-old woman who accused him of sexually assaulting her in his downtown Vancouver hotel room nearly five years ago.  Virtanen testified she was an “enthusiastic participant” in their encounter.  However, the woman says she repeatedly told Virtanen that she did not want to have sex.

It’s going to be very hot today, with temperatures rising into the 30s for much of Metro Vancouver and the Humidex making it feel as high as 40 farther inland. It’s expected to be the warmest day of the week.  Weather experts say they would not be surprised if we break some records “The existing record in Abbotsford is 33.6 degrees. We should be up around that number, if not even warmer.  Things are expected to cool down a bit by the end of this week, but not by much.

A second-quarter financial report to Surrey City council forecasts a $10.7 million budget shortfall on account of “higher than budgeted” expenditures for policing.  In light of this forecast, each department, including Surrey Police Services and the RCMP will be challenged with managing their respective budgets in a manner to minimize or eliminate the forecasted shortfall by end of year.  The report was received by council last night with councillors Steven Pettigrew and Linda Annis opposed.

Edmonton’s Commonwealth Stadium is expected to be filled today with tens of thousands of people taking part in a historic public mass led by the visiting head of the Catholic Church.  The pontiff is set to address Indigenous groups, residential and day school survivors, and others during the hour-long mass.  The Pope yesterday apologized for the role the Catholic Church played in the cultural destruction of Indigenous Peoples.