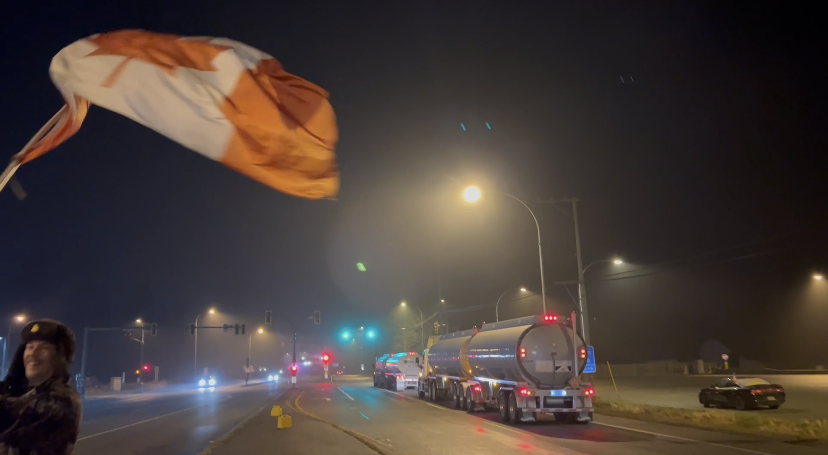 The River Forecast Centre says snowmelt flood risks may be subsiding as snow coverage across watersheds diminishes. Environment Canada says the hot spell over most of B-C has broken
with showers in the forecast today. The River Forecast Centre says many rivers in the province remain full and at capacity and are vulnerable to additional run-off,  especially from rainfall. Flood warnings remain in place for the Quesnel River, while flood watches are up for the Thompson and South Thompson rivers

Mounties in West Kelowna say the body of a Calgary man reported missing after he dove into Okanagan Lake has been found. Police launched an extensive search and the underwater recovery team came in when the man was reported missing on June 17th. The body was found about half a kilometre from where he went missing. Police say sonar and a remote operated vehicle were used to recover the body
A prosecutor has dropped fines of over 11-thousand-dollars for a Qualicum Beach couple who crossed into Canada at the Peace Arch border crossing without the necessary COVID P-C-R tests. Charles and Susan Lee returned from California without their negative test results because of lab delays, while Susan was having increased stomach pain and needed to go to hospital. Charles says the Crown dropped the fines after receiving proof of their delayed negative results, which became known three days after the came home. He says they made multiple attempts in the U-S to get a timely lab test, but the Omicron wave was gripping many parts of the world then.
Prime Minister Justin Trudeau announced more money for Ukraine _ including a $200-million loan through the International Monetary Fund _ at the end of the Group of Seven leaders’ summit in Germany. Canada’s contribution comes as G7 leaders committed to phase out or ban the import of Russian coal and oil in response to that country’s war with Ukraine and the ensuing energy crisis sparked by the invasion. In addition to the loan to the Ukrainian government, Canada is
giving $75 million in humanitarian assistance to help with operations in Ukraine and in the neighbouring countries.  Canada will also provide $52 million in agricultural aid and   $15 million to help fund demining efforts and $9.7 million for those tracking human rights violations.

One of the leaders of the Freedom Convoy has been arrested, according to a lawyer who has represented the convoy. Tamara Lich was reportedly arrested in Medicine Hat with lawyer Keith Wilson saying it was allegedly in relation to her pre-existing bail conditions. Lich gained notoriety for being one of the organizers of the Freedom Convoy in Ottawa. The arrest also comes ahead of reported plans for more freedoms protests in the capital on Canada Day. Her conditions include no involvement of any kind in COVID-19 or vaccine mandate protests, and to avoid contact with at least 10 other convoy organizers. Lich spent 18 days behind bars after she was arrested in February and charged with mischief and counselling to commit mischief.

Air Canada passengers raising concerns over delayed luggage Some are sharing advice to future flyers, including to put a GPS or Apple AirTag in their bags to track luggage, to take photos of their luggage to be able to describe it in detail, and to hold on to luggage receipts. Others are also sharing photos and videos of piles of luggage in airports. Air canada responded saying “the vast majority of customers arrive at their destination with their bags, you can see this at airports as most people leave carrying them,” and, “in some cases bags may not arrive with the traveler and there are many reasons for this, a lot of them outside the airlines’ control.”  The airline said avoiding baggage delays is “a top priority” for it, and each delayed bag is costly for the passenger and Air Canada itself because it has to handle and deliver post-flight, “so we are doubly incentivized to have bags arrive with the customers.”