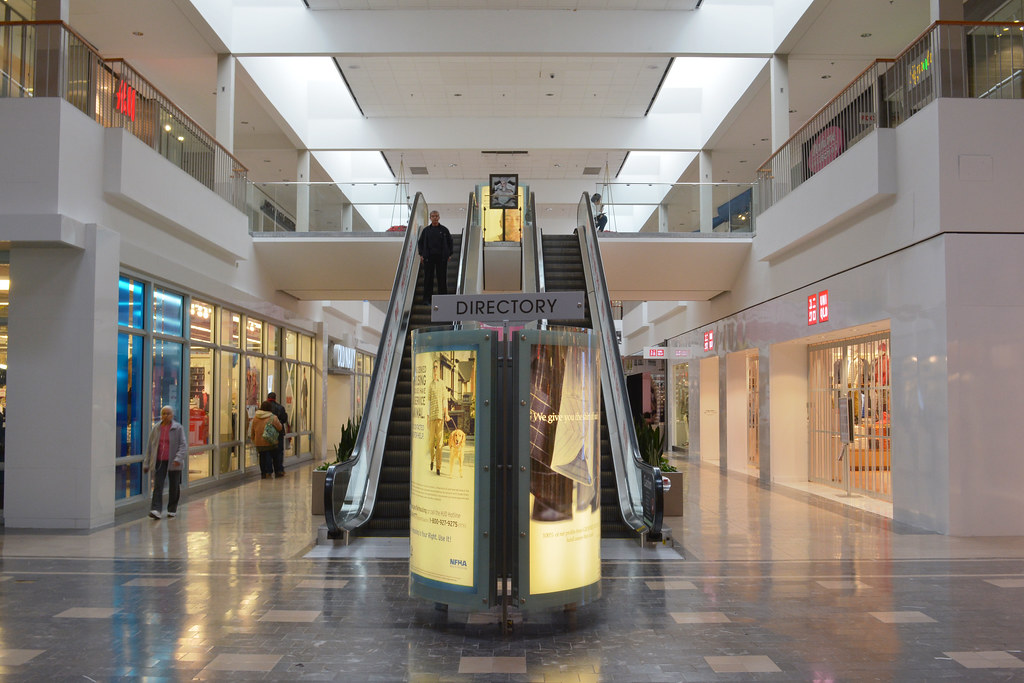 One man has been shot and seriously injured outside a busy Langley shopping mall. According to police, they were called to Willowbrook Mall around 3:30 p.m. Monday where they found one man with “potentially life-threatening” injures. Although it is early in the investigation, a spokesperson for the Langley RCMP says it does not appear to be a random shooting. A car was found burning at a berry farm in Aldergrove around 4 p.m., and police are trying to figure out if the two incidents are related. Cpl. Holly Largy says both the timing and location of the shooting are “infinitely concerning.” This shooting follows another one at a Lower Mainland mall over the weekend. On Saturday, a 29-year-old corrections officer was killed outside of Scottsdale Centre in Delta, also in daylight while the mall was full of shoppers. Meantime, police tape has gone up around the mall parking lot. Witnesses are being asked to call 604-532-3200 and anyone who was in the area is being asked to review their dashcam footage. Anonymous tips can be submitted to CrimeStoppers.

Provincial health officer Doctor Bonnie Henry says an increasing supply of vaccines this month could mean B-C residents won’t have to wait four months for a second jab. She says more than a million doses of vaccine are expected in May but it’s too early to estimate the possible difference in wait times though the province is on track to provide everyone at least one dose by the end of June. B-C reported two-thousand 174 new cases of COVID-19 in the last three days, along with 15 deaths, bringing the provincial death toll to nearly 16-hundred. Henry says that while case numbers are slowly going down, hospitalization rates are still too high and there’s a long way to go before restrictions could be fully loosened
Environment Minister George Heyman says there has been a high rate of compliance by campers with new COVID-19 travel restrictions. Heyman says about 20 per cent of campsite bookings made through B-C Parks for April 23rd to May 25th have been cancelled. He says the province had asked people to stay close to home this year but some took a chance and reserved a campsite farther away in hopes the restrictions would eased. Heyman says those with camping reservations not close to home through the May long weekend can cancel without penalty.

Premier John Horgan is reaching out to community leaders for help in getting all adults in B-C to register on the province’s COVID-19 online vaccination system. Horgan says B-C is expecting one-million doses of the Pfizer vaccine in May and everyone18 and older needs to register so they’re ready to get vaccinated as soon as possible. He plans to meet virtually with dozens of community leaders this week including Lower Mainland mayors, non-profits, youth, faith leaders and social media influencers. Horgan says he’ll enlist their help encouraging all community members to register for vaccination, especially in high transmission neighborhoods.

A federal panel has recommended that provinces offer the Johnson & Johnson COVID-19 vaccine to adults ages 30 and up – but only to individuals who do not want to wait for an mRNA vaccine. The National Advisory Committee on Immunization made the recommendation Monday (May 3). The Johnson & Johnson vaccine is a single-shot viral vector vaccine that has seen concerns over blood clotting, similar to the AstraZeneca vaccine. While the Johnson & Johnson vaccine has not yet been utilized in Canada, it was approved on March 5. In the U.S., there have been 17 cases of vaccine induced immune thrombotic thrombocytopenia (VIIT) reported among eight million doses given. Canada has pre-purchased 10 million doses of the single-shot vaccine, with options to buy another 28 million.

Plans for a farmers market at South Surrey’s ‘Pink Palace’ parking lot have been nixed due to new COVID-19 restrictions put in place by the provincial government. The new travel restrictions prohibit non-essential travel between so-called “travel regions.” The new order, in place until May 24, is intended to discourage travel from Vancouver Island, or the Interior, to the Lower Mainland for non-essential business. The plan was to create a 100-vendor market from May 1 to Oct. 10 at the Pacific Inn property, located at 1160 King George Blvd. The operation was to run Saturdays and Sundays, and some vendors were to sell items not found in the Lower Mainland. Last year, the Pacific Inn reinvented itself as the Pink Palace Film Studios. They are unsure if there will be an opportunity to run the market next year, but expressed relief that the White Rock Farmers Market has been able to operate. White Rock Farmers Market held its first market day of the season on Sunday. The market, located at the corner of Russell Avenue and Johnston Road, runs every Sunday from 10 a.m. to 2 p.m. until Oct. 24.

Some Canadians who got the Oxford-AstraZeneca COVID-19 shot are posting on social media that they feel they’ve been hoodwinked into getting a second-rate vaccine. That’s just one reaction to yesterday’s statement by the National Advisory Committee on Immunization that the Pfizer-BioNTech and Moderna vaccines are “preferred.” NACI (NA’-see) says Canadians should weigh the risks of waiting for one of them before deciding whether to take a more immediate jab of the AstraZeneca or Johnson & Johnson shots, which have been linked to extremely rare blood clots. That contradicts all other advice that you just get the first shot that’s offered to you

Seven people have been arrested in Vancouver after police say they tried to stop traffic on the Lions Gate Bridge yesterday in connection with climate-change protests that were staged in the city for a third day. Sergeant Steve Addison says that while the department respects people’s democratic right to peacefully assemble and express their views, such actions are frustrating for people trying to cross bridges and roads that are inaccessible. He says the Lions Gate Bridge is a major crossing point between the North Shore and downtown Vancouver so blocking it could put lives at risk. Addison says police warned about 50 people gathered near Stanley Park yesterday afternoon that they would be arrested for cutting off access to the bridge and suggested they choose a different location to protest.

More homes are being listed as Metro Vancouver continues to experience an astounding demand for residential real estate — but experts say there are still not enough properties available for all buyers. The Real Estate Board of Greater Vancouver reported a 342% increase in home sales in April compared to the same month last year — the first full month the COVID-19 pandemic hit the region. The board says the number of homes listed for sale in April was nine per cent higher than it was in April 2020 — but that’s still 11% below the 10-year-average for the month. Steady price growth is convincing more owners to list for sale but the board says record low interest rates, increased household savings, a stronger economy and a continued need for living space during the pandemic are pushing even more buyers into the market, chewing through the additional supply.

Delta Police Chief Neil Dubord is offering reassurance to residents of the Vancouver suburb after a brazen daylight shooting killed an off-duty corrections officer in the parking lot of a busy shopping mall. The shooting was one of four across Metro Vancouver in the last four days and Dubord says the killing of 29-year-old Bikramdeep Randhawa has all the hallmarks of a gang attack, but nothing has been confirmed. Dubord says he understands people are feeling anxious about the weekend attack. He says police departments across the Lower Mainland are working together, supporting each other in their investigations, sharing information and treating the slayings as a “top priority.”

Pregnant people are now being prioritized for COVID-19 vaccination in B-C. Provincial health officer Dr. Bonnie Henry says she’s encouraging anyone who is pregnant and aged 16 and up to get vaccinated. Henry says in a statement that they’ve reviewed the health information that shows pregnant people experience more severe illness. She says prioritizing people who are pregnant adds another layer of protection for them and their babies.

Prime Minister Justin Trudeau is backing the long-standing advice from Health Canada that says people should get the first vaccine they are offered. The National Advisory Committee on Immunization touched off a flurry of concern yesterday with a new statement that Canadians under 30 shouldn’t be offered Oxford-AstraZeneca or Johnson & Johnson vaccines. That’s because of the slim risk of blood clots associated with those shots. Canada’s chief public health officer says she understands that people may be frustrated or angry about changing advice. But Dr. Theresa Tam says the AstraZeneca shot has undoubtedly saved lives and prevented many serious illnesses during the third wave of the pandemic.

As much as Bill and Melinda Gates might want to keep their pending divorce private, the split between the billionaires is sure to have very public consequences. The breakup has already sent shock waves of anxious uncertainty through the worlds of philanthropy and community health. The Bill and Melinda Gates Foundation, with an endowment of nearly 50-billion dollars, donates about five-billion annually to causes around the world — including one-billion dollars to combat COVID-19. Still, a statement has been issued saying the two would remain co-chairs and trustees and that no changes in the organization are planned