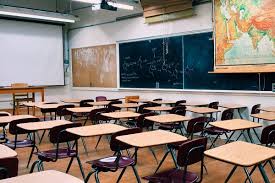 By JaclynSeptember 7, 2021News
No Comments

Premier John Horgan will be joining provincial health officer Doctor Bonnie Henry and the health minister today to provide more information on B-C’s vaccine card. The card will go into effect on September 13th, when residents will need at least one dose of a vaccine to access everything from restaurants to gyms and ticketed sporting events. A second dose will be required in mid-October for those types of non-essential activities. B-C follows other provinces, including Quebec and Ontario, in requiring proof of vaccination starting this month.

The head of the B-C Teachers Federation says there’s a cloud hanging over stressed-out parents at the start of the school year because of a lack of safety measures, including no exposure notices like last year, no cohorts to keep students in the same groups and no masks for kindergarten-to-Grade 7 students. Teri Mooring is calling for data on COVID-19 exposures and cases to be publicly posted so everyone knows what’s happening at schools as the number of cases is expected to climb this month. She says the data should be posted on the B-C Centre for Disease Control’s website, the same as what’s available for cases in all health authorities, especially now that cases overall are rising. Provincial health officer Doctor Bonnie Henry has said exposure notices were causing anxiety for parents, but Mooring says that’s insulting, because parents just want to be kept informed of what’s happening in schools.

A spokesman for the University of B-C is discouraging students from attending frat parties after fines of three-thousand dollars were recently handed to frat house operators hosting parties. Matthew Ramsey says police also issued five thousand dollars in tickets at the Vancouver campus where gatherings were held in violation of guidelines. Ramsey says members of the community are mostly responsible but those that aren’t should follow guidelines and provincial orders. He says a lot of work has gone into keeping the campus safe for students to resume in-person learning and it would be a shame if a few parties derailed those plans

Surrey Mayor Doug McCallum alleges he was “run over by a vehicle” after speaking to a group of residents who were collecting signatures for the ‘Keep the RCMP in Surrey’ campaign on Saturday  Keep the RCMP in Surrey founder Ivan Scott, who said he didn’t witness the alleged incident, says the mayor’s claim is “absolute rubbish.” Campaign members were collecting signatures at the South Point Save-On-Foods Saturday afternoon when McCallum arrived. There was a verbal confrontation between Scott and his team members and Mayor McCallum, Scott said. “He approached a womens car after she yelkled at him to resign. When he was next to the car, she moved the car off. Scott went on to say the part he believes is flase is that she then allegedly rode over mccalums foot,”  Police were later called to the scene, however, an ambulance was not Surrey RCMP have not yet responded to a request for comment.

The creator of an online COVID-19 tracking page on COVID-19 exposures and cases in schools wants to be “out of business” by the province providing that information to parents on a public website. Kathy Marliss says she started the page last year because that data wasn’t available and she lives in a high-risk home with a Grade 11 daughter who was anxious about contracting the virus. Marliss says now that parents won’t be getting exposure notices, there’s more concern about climbing cases in the community that could impact schools. B-C Teachers Federation president Teri Mooring is also calling for data on school exposures and cases to be available on the B-C Centre for Disease Control’s website.

Federal party leaders are in Central Canada today as the election campaign enters its fourth week. N-D-P Leader Jagmeet Singh is campaigning in Toronto, where he started the day with an announcement on climate action. He says the N-D-P would double the funding available to cities to modernize their transportation networks. In Montreal, Liberal Leader Justin Trudeau was touting his housing plan and urged Canadians to make the hard decisions to get people to the end of the COVID crisis. Conservative Leader Erin O’Toole is spending a second day at his Ottawa home base, a ballroom in the Westin Hotel.

B-C residents can now get their proof of vaccination cards online. Provincial health officer Doctor Bonnie Henry says residents will need to provide their personal health numbers, dates of birth and vaccination dates for their first and second doses to securely download their vaccine cards. Residents will need to prove their vaccination status at businesses starting September 13th for a first dose and on October 24th for two doses. Once verified, a digital copy can be saved on a cellphone or a copy can be printed so either could be presented along with government-issued photo identification when entering businesses or organized events.

BC health officials announced 2,425 new test-positive COVID-19 cases on Tuesday following the Labour Day long weekend, bringing the total number of recorded cases in the province to 170,750. In a written statement, Provincial Health Officer Dr. Bonnie Henry and Health Minister Adrian Dix said that there are 5,465 active cases of COVID-19 in the province. Of the active cases, 255 individuals are currently hospitalized, 126 of whom are in intensive care. The remaining people are recovering at home in self-isolation. New cases and total active cases, broken down by health region, are as follows:

There have been 15 new COVID-19-related deaths, for a total of 1,842 deaths in British Columbia. To date, 85.1% of all eligible people 12 and over have received their first dose of the COVID-19 vaccine; 77.6% have received their second dose. 163,062 people who tested positive have now recovered.

A large outdoor party at the University of Victoria has raised concerns about the lack of COVID-19 restrictions as students head back to school. Saanich police say about a thousand students, most of them without masks, crowded together for a party Sunday night. Police say there aren’t any restrictions on outdoor gatherings, wearing masks or physical distancing and officers issued only two tickets for underage drinking. The university is asking students to act responsibly and not gather in large numbers.