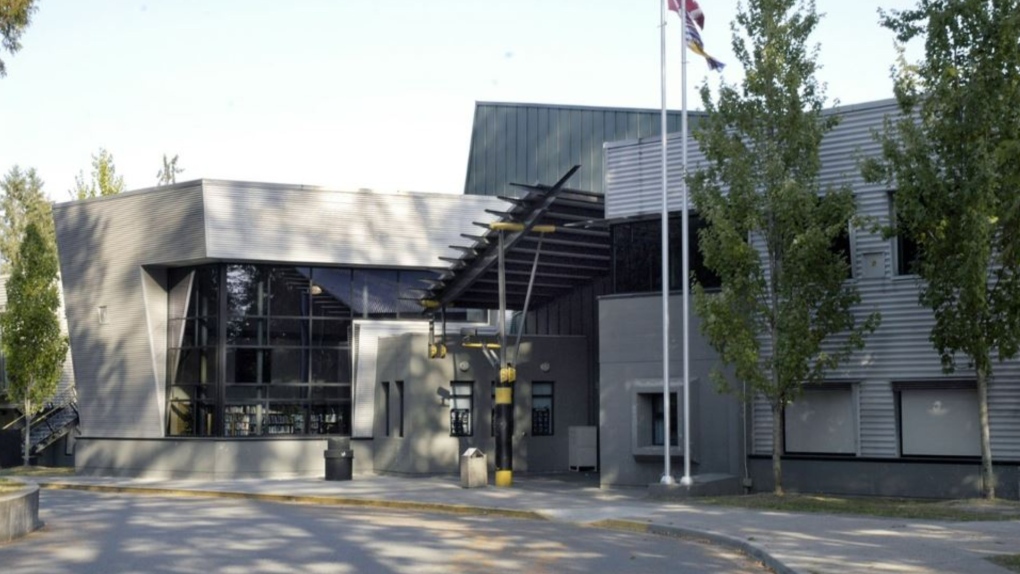 By Jeremy TubbsJuly 6, 2022News
No Comments

Surrey R-C-M-P say conservation officers have been notified after a bear was spotted on school grounds in the area yesterday. Police say the animal was last seen heading into a wooded area
near Fraser Heights Secondary where summer classes are currently being held. The B-C Conservation Officer Service says the bear was also seen in the area of the nearby Fraser Heights Recreation Centre. It is asking people to be aware of their surroundings and take precautions to prevent human-wildlife conflicts.

Saanich police say an officer who suffered critical wounds in a deadly shootout outside a bank last week has been showing signs of improvement “day by day.” Chief Constable Dean Duthie says the eight-year member of the force remains in intensive care after three surgeries while another Saanich officer remains in hospital in stable condition. The chief says the injured officers have been overwhelmed by an outpouring of public support after police got into a shootout with two armed twins from Duncan who were killed. Victoria police say one of its officers remains in hospital, while the other two who were on the emergency response team are recovering at home.

The Real Estate Board of Greater Vancouver says it’s seeing downward pressure on home prices entering the summer months due to declining homebuyer activity. It says home sales were down per cent last month from May while the composite benchmark price declined two per cent month-over-month to more than 1.2-million dollars. Board chair Daniel John says the drop came as properties are staying on the market longer than earlier this year — giving buyers more listings to choose from. John says the change is due to buyers being more cautious as a result of rising interest rates and a 39-year high inflation rate, not due to increased supply.

Vancouver Mayor Kennedy Stewart is seeking to extend tough new renter protections along the Broadway corridor to all tenants in the city. Stewart says the Broadway Plan passed by city council last month includes the strongest renter protections in the country, including a ban on rent increases if buildings are redeveloped. He says he has put forward an amendment to provide the same peace of mind to tenants citywide through the Vancouver Plan. Council is scheduled to vote tomorrow on the plan, which Stewart says is a “once-in-a-lifetime chance” to build a Vancouver that
works for everyone.

Job action looms in B-C as talks collapse with the General Employees Union, the body that bargains on behalf of the province. The B-C government says it is offering public service workers a
new three-year contract with wage increases amounting to almost 11 per cent and a signing bonus of up to 25-hundred-dollars. The union says a cost-of-living clause and wage protection from
inflation are key demands for members of the public service bargaining unit, but the government’s offer amounts to a wage cut. The government’s Public Service Agency says it is working to
achieve a fair and reasonable settlement with the 33-thousand-member union, but contract talks have broken off. The union says it is now planning strategic, targeted job action and preparing final essential services with the assistance of the Labour Relations Board