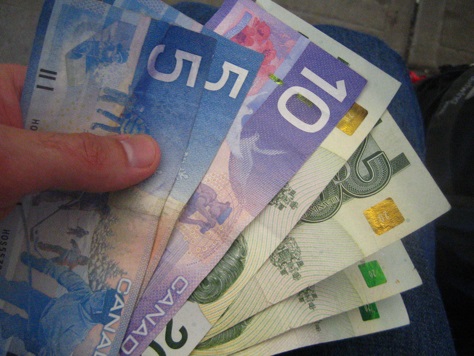 A long-awaited report into money laundering in B-C is expected to be released today following a public inquiry that wrapped up nearly a year ago.  Premier John Horgan appointed former B-C Supreme Court judge Austin Cullen to head the inquiry after reports outlined how illegal cash was helping to fuel the real estate, luxury car and gambling sectors.  A former surveillance manager said large amounts of money started flowing into B-C’s largest casino in 2010, and transactions of 800-thousand-dollars or more became common as players hauled in bags, suitcases and backpacks full of cash.

Well it certainly has not been the lead up to summer we’ve wanted in Metro Vancouver.  Environment Canada says Metro Vancouver has already had 11 days of rain so far in June.  The average for the entire month is 11 to 12 days so we have already surpassed the average expected for June, and we’re not even halfway through the month and unfortunately This is expected to be the norm for at least the rest of June.

The City of Kelowna has declared a local state of emergency in response to isolated flooding that threatens property along Mission Creek, Scotty Creek and the upper reaches of Mill Creek.  Central Okanagan Emergency Operations says more rain than expected in the mountains and the valley has led to rising water levels.  Property owners in flood-prone and low-lying areas are being encouraged to have a plan in case of a flood and those in affected areas can pick up sand and sandbags.

After Golden Ears park was closed yesterday due to a black bear in the area — conservation officers say the bear has been killed.  Officers say the animal had become too comfortable around humans and had been breaking into cars to try and get at the food inside, as well as combing through garbage.  Golden Ears campgrounds will be reopened at 7 a.m. this morning.  Officers also want to remind you not to leave food out or feed wildlife adding — “a fed bear, is a dead bear.”

The B-C S-P-C-A has seized 120 cats and three small dogs from what it says was a “filthy and unsafe” trailer in Fort St. James.  The society also says it found 130 dead cats in freezers on another property associated with the owners of the trailer, 60 kilometres away in Vanderhoof.  Society protection officer Eileen Dreaver says there was no water in the trailer and the floor was thick with animal waste.  The animals are being cared for at S-P-C-A shelters and receiving treatment for conditions including dental disease, breathing problems and hair loss.