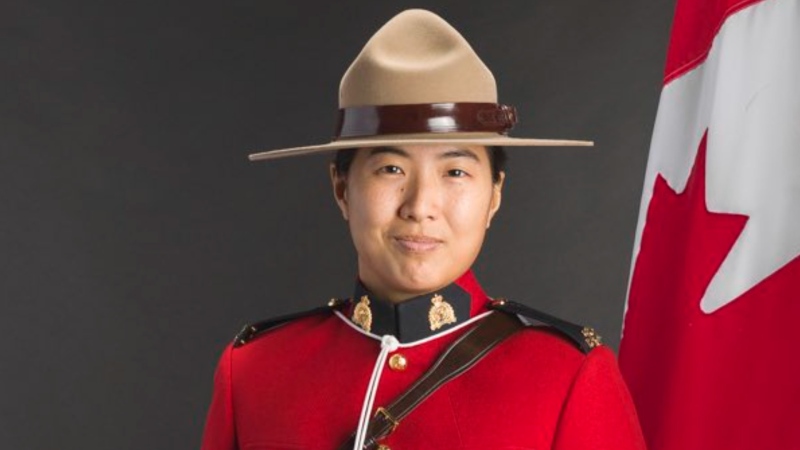 By Jeremy TubbsOctober 19, 2022News
No Comments

RCMP Deputy Commissioner Dwayne McDonald says police are mourning the death of a Mountie who was fatally stabbed in Burnaby. He says 31-year-old Constable Shaelyn Yang — who had been an officer since 2019 had partnered with a city employee when an altercation broke out yesterday morning at a campsite in a park. McDonald says she answered the call of duty, but sadly “paid the ultimate price.” The suspect, who was shot and seriously injured, was being treated in hospital. Burnaby Mayor Mike Hurley says the city worker who was with Yang during the stabbing was not physically injured but is “deeply shaken.”

The general manager of a brewery on the Sunshine Coast says operating without water is just the latest challenge after years of COVID-19 restrictions. Mark Reed of Batch 44 Brewery and Kitchen in Sechelt says it will likely be a week or more before he has a clear picture of the financial effects of water restrictions. A state of local emergency has been declared and the brewery is one of many businesses and amenities forced to stop using all treated drinking water due to severe drought. Reed says the brewery’s popular lager will likely be gone in a couple of days but after a summer of brewing, they’re not completely tapped out yet.

The drought has placed a damper on the Halloween fireworks and bonfire celebration usually put on by the District of Saanich. The municipality says the popular event will be delayed until late this year or early next year, once the risk of fire is lower. Central Saanich Fire Chief Kenn Mount says even with rain in the forecast, the fire risk is expected to remain too high for open flames. Mount says the danger is too high and citizens need to be aware that all fireworks and open burning, including campfires, are banned because of the ongoing drought.

Skies are hazy across much of British Columbia due to wildfires, prompting Environment Canada to issue special air quality statements and smoky skies bulletins. The warnings cover from Metro Vancouver and Vancouver Island east to the Kootenays and up to 100 Mile House. They say wildfire smoke is a natural part of the environment but it is important to be mindful of how it can affect your health. They recommend reducing exposure and say some individuals, including those with respiratory infections like COVID-19, are more likely to feel the effects.

RCMP say a man suffered minor injuries after allegedly running a red light and crashing into cars at a dealership in Penticton. Mounties say the 42-year-old driver from Kamloops is facing charges after losing control of the vehicle. They include dangerous operation of a motor vehicle, impaired driving, and driving without a licence or insurance. With the holiday season approaching, the RCMP is reminding all drivers to plan for safe rides home by designated drivers.