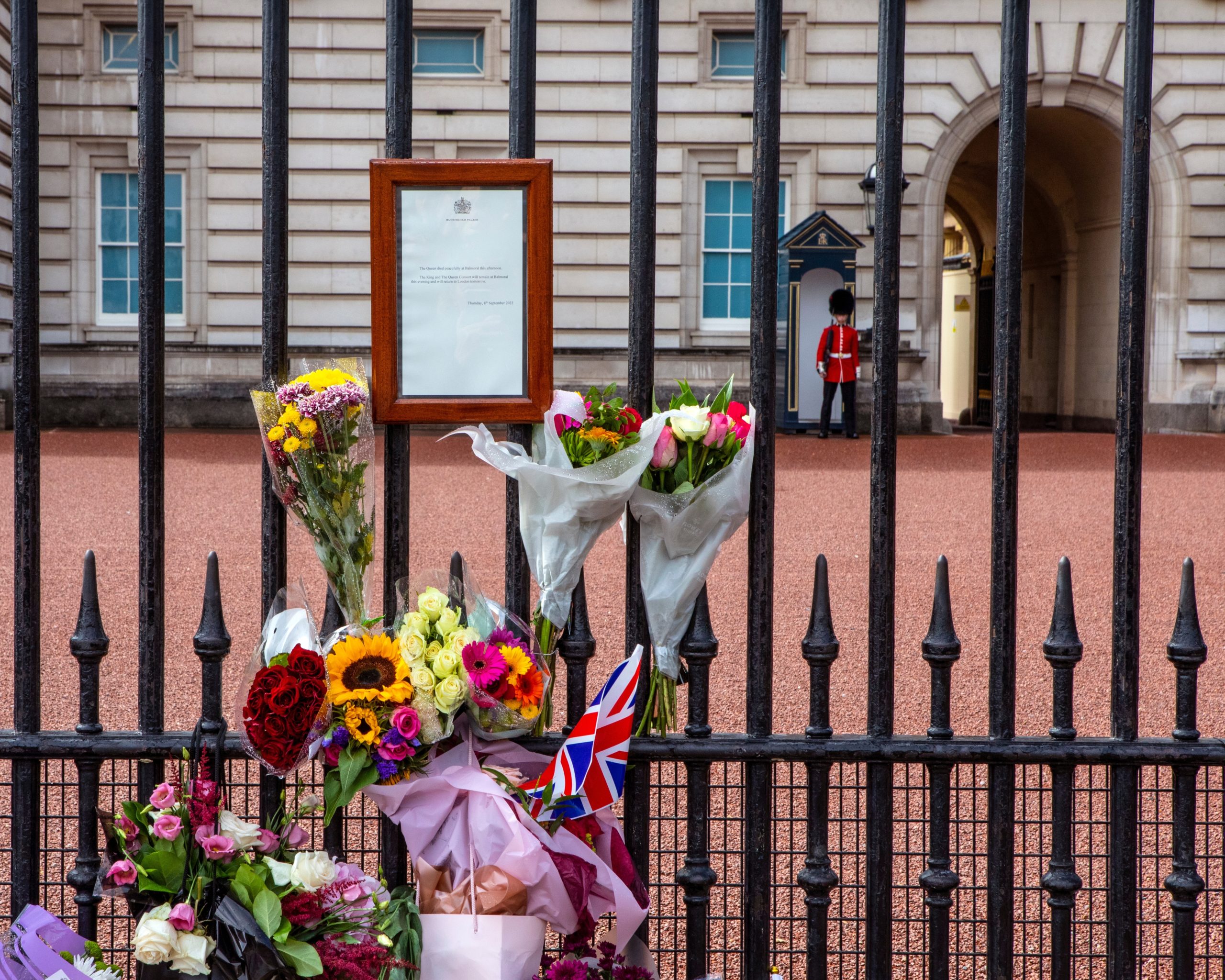 By LeslieSeptember 14, 2022News
No Comments

B-C is following the federal government’s lead with a public holiday to mark a day of mourning and the funeral for Queen Elizabeth the second on September 19th.  Public schools, post-secondary institutions and most Crown corporations will be closed on Monday, and the province says it’s encouraging private-sector employers to find a way to recognize or reflect on the day as well.  Prime Minister Justin Trudeau declared that Monday will be a holiday for federal government workers to mourn the monarch, with B-C, Prince Edward Island, Nova Scotia, New Brunswick and Newfoundland and Labrador following suit.  Saskatchewan, Ontario and Quebec are not recognizing the holiday with a day off for workers.

Queen Elizabeth has left Buckingham Palace for the last time.  The late monarch’s coffin was brought to the Houses of Parliament by a horse-drawn gun carriage, trailed by grieving members of the Royal Family.  Eight pallbearers carried the oak and lead-lined coffin into Westminster Hall and placed it on a raised platform, where it will lie in state for four days.  A state funeral will be held for the queen on Monday.

Thick smoke from wildfires in B-C and Washington state means air quality advisories remain for much of the province.  stagnant weather conditions will persist in Metro Vancouver for the next few days and air quality won’t improve during that time.  A weather system is forecast to move through on Friday, which may improve conditions.

Surrey RCMP says a man has been charged with a handful of offences after a vehicle was stolen by someone reportedly posing as a potential buyer.  It happened back on Aug 31., police received a report that a vehicle had been taken from a property near 148A Street and 54th Avenue.  Then, on Sept 1.,police spotted the stolen vehicle… officers tried to pull it over but it sped off in a way that was “a risk to public safety.”  Mounties called in air support to track the vehicle from the sky, following it until the driver got out. A suspect was arrested.  A Twenty-two-year-old man from Delta has been charged.

It was another month of below-normal home sales activity in British Columbia, according to the B.C. Real Estate Association sales were down by more than 40 per cent year over year for the month of August.  The association also reports the average price of a home in the province was up 12 per cent to $1.02 million, year-to-date.

B-C is contributing 300-thousand dollars for the next phase of a study looking at the potential for high-speed rail service between Vancouver, Seattle and Portland.  Premier John Horgan says the proposal has the potential to significantly cut transportation time between Vancouver and Seattle while offering new opportunities for job creation and tourism.  Previous studies have shown that the rail service would develop stronger trade ties between B-C, Washington and Oregon and create economic activity equal to 355-billion dollars in the region.

Cascades Casino Delta, a major new casino destination near the south end of the George Massey Tunnel in Delta, will officially open on September 29, 2022.  After more than three years of construction, the $99 million casino will open next to the interchange of Highway 99 with Highway 17A — on the 11-acre site of the former Delta Town and Country Inn.  The complex will also support up to 600 jobs.