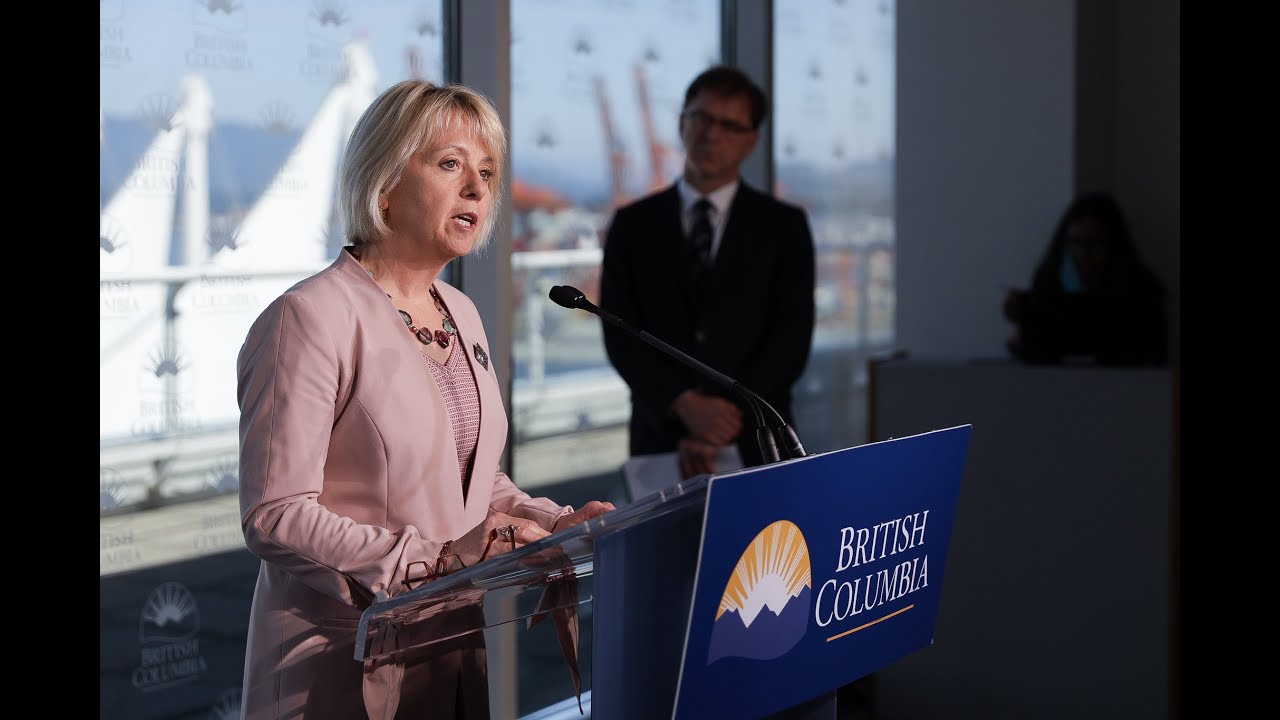 By JaclynSeptember 15, 2021News
No Comments
Serious crimes investigators in Langley hope sharp-eyed witnesses can help them uncover more clues about the disappearance of 40-year-old Naomi Onotera. She was last seen August 28th near her Langley home and police confirm she left without her car, but they are now appealing for informationabout the movements of her white 2018 Subaru Crosstrek any time after August 25th. The vehicle is distinctive because of a Greater Vancouver Zoo sticker on the passenger-side front window. In the meantime, R-C-M-P say they continue to follow up on tips that could lead them to the married Kindergarten teacher and mother of an 18-month-old toddler.
B-C has reported 677 new cases of COVID-19 and one more death yesterday. The number of active infections has ticked up to six-thousand-165 across the province, with close to a third located in the Fraser Health region. There are 288 people in hospital with the illness, including 140 in intensive care. The Health Ministry says 79.4 per cent of eligible residents have received two doses of COVID-19 vaccine, while 86.5 per cent have at least one Fraser Health has declared a COVID-19 outbreak at Westminster House in South Surrey. According to a news release issued just after 3 p.m. Tuesday (Sept. 14), three staff members have tested positive for COVID-19.

The B-C government is increasing incentives for nurses and other health professionals working in the northern region. Health Minister Adrian Dix says they include child care for nurses working 12-hour shifts as well as support for travel and housing. But he did not provide timelines for some programs, including funding for housing in multiple northern communities such as Fort St. John, Dawson Creek, Hazelton, Kitimat and Prince Rupert. The province is also providing more funding for a virtual 24-7 support program that started in April 2020 for doctors and other health professionals in rural communities

Several people accused of aggressive and disorderly behaviour have been banned from speaking at city council meetings in Surrey. Mayor Doug McCallum says he and his five-member Safe Surrey Coalition passed a motion to impose the ban to protect the democratic process. McCallum says it will ensure council and city staff are able to carry out their duties without fear of verbal assault and harassment. But Councillor Brenda Locke — who will run against McCallum in next year’s municipal election — says he’s shutting down legitimate concerns about issues including the creation of a municipal police force
Health Minister Adrian Dix says the province will work with the nurses union, the provincial association for doctors and groups that represent midwives and other health professionals as part of its effort to get all health-care workers vaccinated. Dix says the seriousness of COVID-19 means people can’t be working in health-care facilities without being vaccinated. However, the B-C Nurses Union does not support vaccination as a condition of employment, saying that may push more nurses out of the profession. Danette Thomsen, a union spokeswoman, says rapid testing may be one option but she can’t imagine nurses who are already being called back from vacation working with even less support on the job
The advocate for seniors in B-C says residents of long-term care homes should be getting a COVID-19 booster shot along with those who are severely immunocompromised as part of the province’s plan announced this week. Isobel Mackenzie says the waning effect of two vaccine doses is becoming evident among those who were prioritized for shots. Karen Biggs, the C-E-O of Minno Place in Abbotsford, says there has been a deadly outbreak at the facility where employees received their second dose of a vaccine in January and residents were vaccinated in mid-February, so she’s worried about the coming flu season. Provincial health officer Doctor Bonnie Henry has said about 15-thousand of the most immunocompromised people in B-C will be first in line for third doses of a vaccine based on recommendations by a national vaccine panel. But the province hasn’t yet set a timeline for residents of long-term care homes.

B-C is reporting 661 new cases of COVID-19 and seven new deaths linked to the pandemic today. The latest deaths — including three in Interior Health and two each in Vancouver Coastal and Island Health — bring the total in the province to one-thousand-873. There are currently five-thousand-791 active cases of COVID-19 in B-C. That includes 288 people who have been hospitalized with 137 of those patients in intensive care.

Tesla has sidestepped car dealership laws by setting up shop on Native American land for the first time. The move in New Mexico could be a model for Tesla’s efforts to sell in other states that require car companies to sell through dealerships. The tribe has welcomed Tesla’s store that opened last week, calling it an environmentally conscious employer. Car dealers say consumers should buy electric vehicles from companies that follow state laws.

A popular passenger ferry that travels between Victoria and Seattle will be sailing into the B-C city’s harbour for the first time in 18 months as it gets back to business this week. F-R-S Clipper is the company that operates the Victoria Clipper  vessel, and its C-E-O says operations were expected to be halted until spring of next year due to staffing issues. He says federal unemployment benefits in the United States ran out on September 3rd for many people and if the company couldn’t recall its staff, it risked losing key personnel. Starting Friday, Clipper will operate a four-day schedule over weekends, with added sailings around the Thanksgiving and Christmas holiday seasons.

Higher gasoline and housing prices — compared with last year’s pandemic-related lows — fuelled a leap in the national inflation rate to 4.1 per cent in August, up from 3.7 per cent in July. Statistics Canada says the hike is the largest year-over-year jump in inflation since March 2003, but if gasoline prices had been excluded, the August rate would have been 3.2 per cent. The cost of living in B-C also climbed last month to 3.5 per cent, up four-tenths of a point from July, while inflation in Victoria was 3.2 per cent, an increase of half a point since July and Vancouver’s rate nudged up 2 basis points to 3.3 per cent in August.