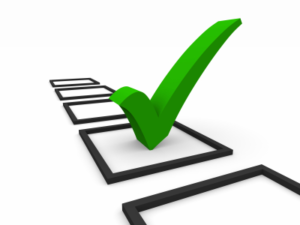 By JaclynSeptember 8, 2021News
No Comments
B-C residents can now get their proof of vaccination cards online. Provincial health officer Doctor Bonnie Henry says residents will need to provide their personal health numbers, dates of birth and vaccination dates for their first and second doses to securely download their vaccine cards. Residents will need to prove their vaccination status at businesses starting September 13th for a first dose and on October 24th for two doses. Once verified, a digital copy can be saved on a cellphone or a copy can be printed so either could be presented along with government-issued photo identification when entering businesses or organized events.
include:

Protests in opposition of COVID-19 vaccine passports are being planned in Vancouver, others parts of B.C., and across Canada Wednesday. This comes just one week after large and disruptive demonstrations took over streets in front of hospitals in various parts of the country, mainly to speak out about the same thing. Though last week’s protests drew thousands of people, it’s unclear whether Wednesday’s gatherings will be quite as large. Instead of hospitals, the protests will this time be targeting city halls in the different cities. The protests are supposed to start at 1 p.m. They are also planned in Nanaimo, Kelowna, Penticton, Kamloops, Fort St. John, in B.C. Nationally, demonstrations are set to take place in parts of Alberta, Saskatchewan, Ontario, and Quebec. In a statement, Vancouver police say they respect people’s right to peacefully protest and that they “always work to balance that right with public safety.” “We are monitoring the situation and have a number of options should any protest put peoples’ (sic) health and safety at risk,” said Sgt. Steve Addison in an email.

B-C is reporting two-thousand, 425 new cases of COVID-19 and 15 deaths for a four day period starting Friday. Health officials say this brings the number of active infections in the province to five-thousand, 465 and 18-hundred and 42 fatalities. Most of the new cases reported are in the Interior region followed by the Fraser Health authority area. Officials say about 78 per cent of those eligible have received both shots of the vaccine,  Eighty-five per cent of eligible people in B.C. have now received one dose of the COVID-19 vaccine

Vancouver police say 17 paddleboarders had to be rescued from heavy wind and waves near the Lions Gate Bridge Monday. They say the paddleboarders tried to cross English Bay just before 3 pm when more than half the group got caught in high winds and a strong current. Police say the incident is an important reminder that the shipping lane in Burrard Inlet can be extremely dangerous due to wind, tides, and heavy boat traffic. They say they also want to remind anyone heading out on the water that human-powered vessels like paddleboards and kayaks are not permitted between Siwash Rock and the Berry Point refinery, located east of the Second Narrows Bridge in Burnaby.

R-C-M-P in Surrey are search for witnesses who might have seen an altercation between Surrey Mayor Doug McCallum and the driver of a grey Ford Mustang McCallum has said he was outside a Surrey grocery store on Saturday when the driver shouted at him and then drove over his foot and a statement from police says the allegations are under investigation and they want to speak to anyone who saw what happened or has dashcam video An online post by the group ‘Keep the RCMP In Surrey’ shows it was holding an event outside the grocery store at the time, gathering names on a petition opposing McCallum’s bid to replace the Surrey RCMP detachment with a municipal police force. McCallum has been criticized for proceeding with his plan for a municipal force, which he says will be more responsive to Surrey’s needs.

R-C-M-P and the Insurance Corporation of B-C warn officers provincewide will be out this month targeting distracted drivers and anyone not wearing a seatbelt or other appropriate restraint. Superintendent Holly Turton, the Officer in Charge of B-C Highway Patrol, says intensified distracted driving enforcement is planned in all areas during September and will cover much more than cellphone use or texting behind the wheel. She says drivers could be ticketed for activities such as personal grooming, eating or drinking, reading, insecure pets or improperly restrained passengers and not knowing their route. Statistics show distracted driving is responsible for more than 25 per cent of all car crash fatalities and is the second leading cause of deadly collisions in B-C, claiming an average of 76 lives annually.

COVID-19 forced B-C’s annual Pacific National Exhibition to cancel last year’s event and nearly forced organizers to scrap this year’s version, too — but rising vaccination rates and a lull in infections has allowed the fair to hold a safe, socially-distanced event A statement from the P-N-E says it successfully ended its 2021 run last night, attracting more than 239-thousand people over 15 days, despite a smaller footprint and limited capacity required by COVID-19 restrictions. Guests had to pre-purchase tickets for specific dates to ensure the fair could manage capacity and the statement says six of those days were sellouts. Despite the scaled-back program, guests were still treated to many of their favourite P-N-E pastimes, including entering the raffle for the luxurious 36-hundred square foot, energy efficient prize home — with the winner of the home to be drawn next Monday night.

BC health officials announced 814 new test-positive COVID-19 cases on Wednesday, bringing the total number of recorded cases in the province to 171,564. In a written statement, Provincial Health Officer Dr. Bonnie Henry and Health Minister Adrian Dix said that there are 5,550 active cases of COVID-19 in the province. Of the active cases, 261 individuals are currently hospitalized, 129 of whom are in intensive care. The remaining people are recovering at home in self-isolation. New cases and total active cases, broken down by health region, are as follows:

B-C’s premier says the vaccination card will keep the province’s economy running after an unacceptable surge in cases, mostly among those who are unvaccinated. John Horgan says restaurants, theatres and sports venues have been affected by shutdowns, but the vaccine card required at non-essential businesses in B-C starting September 13th could lead more people to get fully vaccinated to reduce transmission of COVID-19 in high-risk settings. The province joins Quebec, Ontario and Manitoba in introducing similar programs. Horgan says after the September 20th election, he expects them federal government to take further steps to ensure people travelling outside Canada can do so confidently with immunization data available to other countries.

The B-C government says the pandemic-related rent freeze imposed early last year will end on December 31st. A release from the Ministry of Attorney General says the maximum allowable rent increase for 2022 is set at 1.5 per cent, based on inflation. No increase is allowed before the end of December and landlords must provide a minimum of three months notice. The ministry says any 2022 rent increase will be significantly less than those that — as of 2018 — were limited to inflation because landlords were previously allowed to charge an additional two per cent on top of the annual inflation rate.