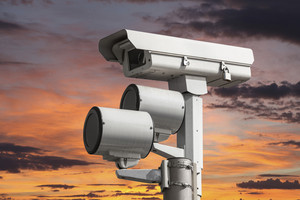 Is it just me, or have you become anxious when approaching intersections now that the red light cameras are in effect 24 hours a day? (Previously they only ran during the morning and afternoon rush hours- 6 hours in total per day) In case you were unaware, get caught going thru a red light in one of the many – and I mean MANY – cameras that are set up on practically every intersection on every main street thru Surrey, you will be mailed a ticket for $167 and it will cost you 2 points. Nothing to say ‘whatever’ about. The problem I’m having is a little anxiety when approaching a light and I can see the pedestrian sign is at the red hand stage. If it’s a light that has no advanced flashing lights nor a countdown clock along with the hand, when do you know if and when it’s going to change? Perhaps you have already gone thru an intersection when the light was yellow and wondered, ‘Did that just cost me $167?’ It’s happened to me a few times now. Practically every main intersection on every main thoroughfare South Of The Fraser has a red light camera now . And don’t forget, turning left on an advance that’s gone red is also considered running a red light. That said, the fine police should make a killing at the intersection of Highway 10 and 152nd alone.