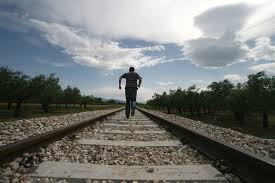 Remember That Time You Almost Ran Away?

Read a story recently about a 12 year old Australian boy who found himself in another country after a disagreement with his parents. Here’s what happened: Argument with mum and/or dad and the young man threatened to run away – and he did. Before just storming out and just jumping on his bike like many kids would have done, the kid did his homework. First thing he did before taking off was looked up the laws of flying commercially under-age. Once he saw that he could fly, he them went and grabbed his parents credit card and took of to the Sydney Airport. He flew across Australia to Perth and then on to Bali – all on his parents credit card. No idea what the final bill for his trip was after his mother flew to get him and bring him home. And, oh yeah, he’s in trouble. But you have to give the kid some credit for getting further than the top of his street because he didn’t want to miss dinner in half an hour – run away.