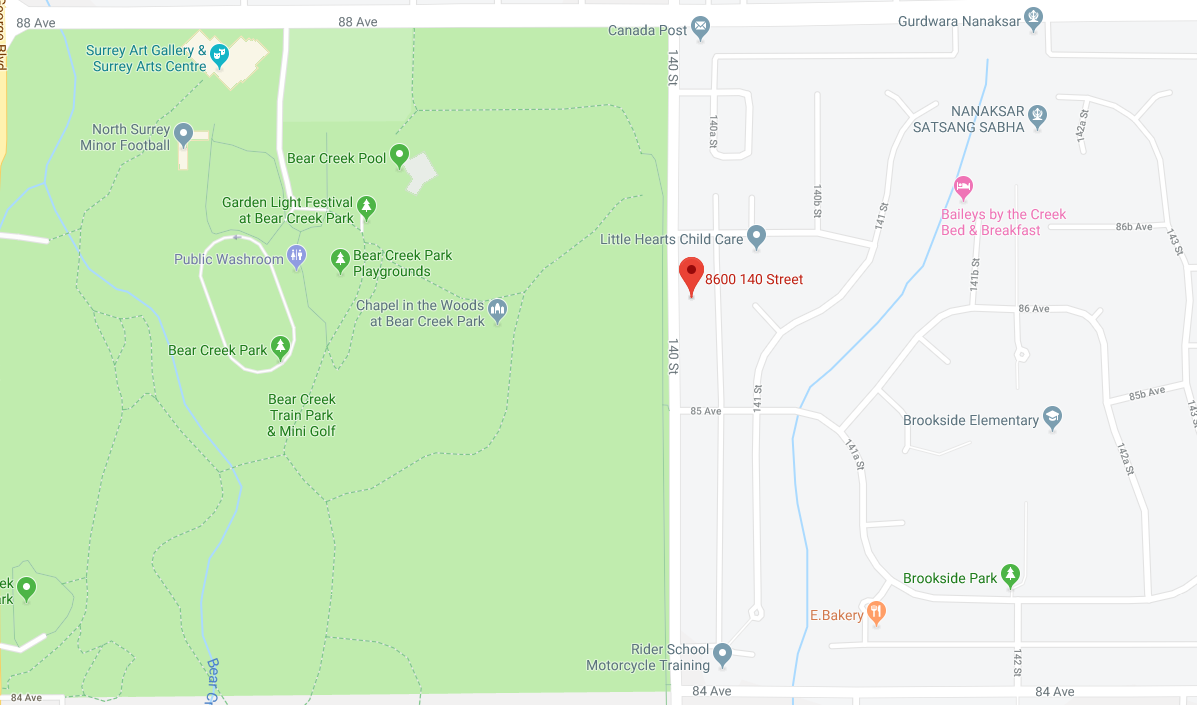 Area where an assault occurred on Friday.

A man is in hospital with serious injuries after an assault with a weapon just east of Bear Creek Park.
On Friday, just before midnight, Surrey RCMP were called about someone who had been seriously assaulted just east of Bear Creek Park, in the 8600 block 140 Street.
Mounties arrived to find a 19-year-old man from Vancouver, who was suffering from serious, but not life-threatening injuries.
He was taken to hospital for treatment.
The suspect fled from the scene in a black, newer model BMW, four-door sedan.
A person of interest has been identified.
Surrey RCMP is asking for any witnesses to this incident to call 604-599-0502 or to remain anonymous, call Crime Stoppers at 1-800-222-8477 in reference to Surrey File # 2019-113449.