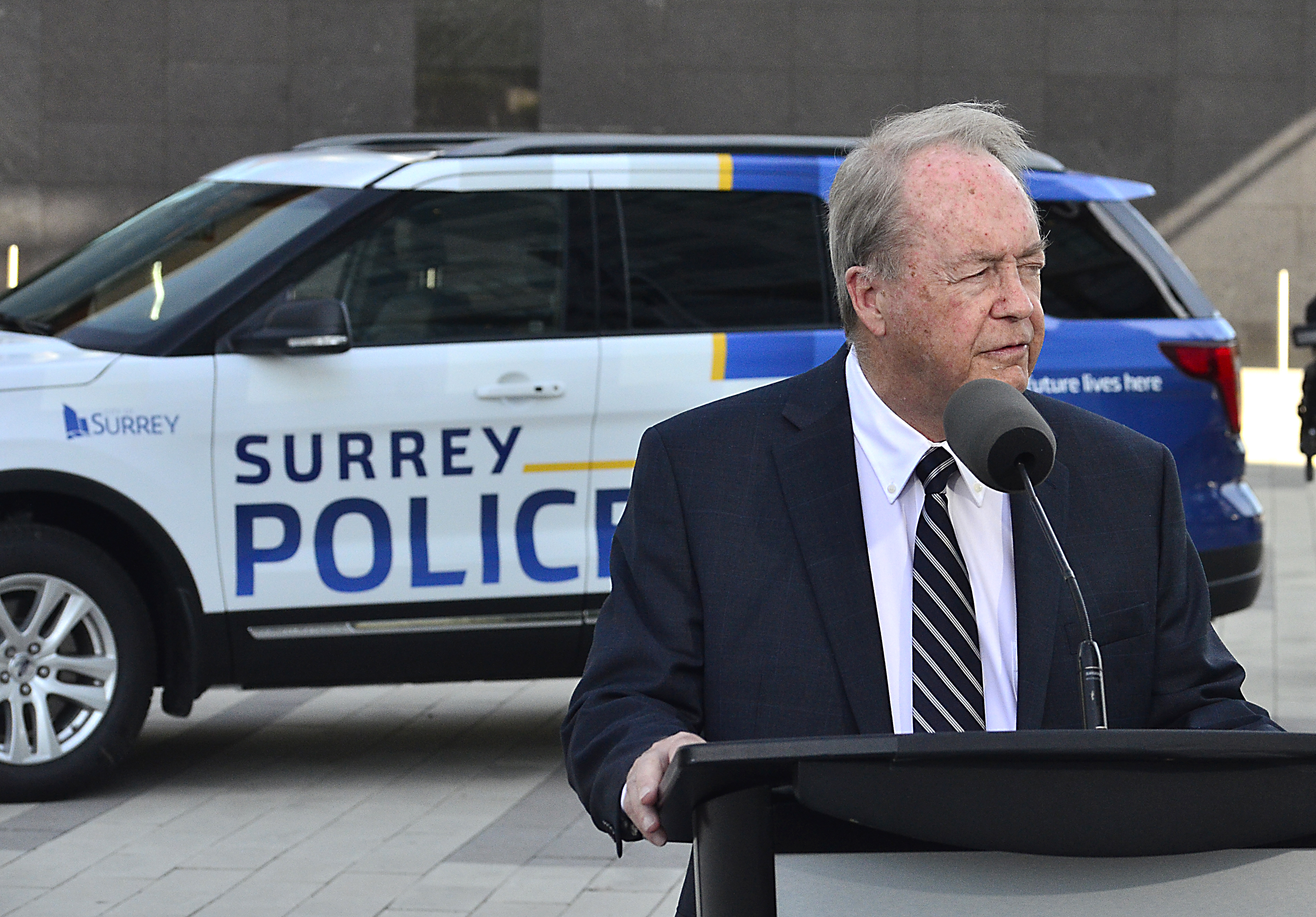 Surrey Mayor and RCMP, a simmering history of discord

By Pulse FM StaffMay 21, 2019General, News
No Comments
The bad blood between Surrey Mayor Doug McCallum and the RCMP goes back decades.
In the summer of 2000, McCallum walked into a public safety committee meeting and told this reporter to have his pen and recorder handy.
McCallum was already concerned over the lack of local control of policing, and had just heard that the Mounties were looking at more regionalization.
McCallum was furious.

This was the latest straw for McCallum who had been upset before about the Mounties not supplying the manpower the city requested. He’d also been upset with the police for publicizing crimes he didn’t think needed to be in the public eye.
This generated mounds of unflattering headlines about McCallum censoring the RCMP.
Talk of regionalization, which would make the force more fluid, further concerned McCallum about a growing lack of local control.
He faced off against Surrey’s top cop at the time and told him in no uncertain terms he would dump the RCMP contract and create a Surrey Police Force.
The Chief left the room and told a Surrey manager that however things turned out, he was leaving this city after that heated exchange.
He left the following year.
McCallum pressed for a split with the Mounties and ordered a KPMG audited Police Services Review. It indicated it would cost at least $3 million at the outset to switch to a municipal force, and would likely mean Surrey would have to deal with a unionized police agency.
The report also indicated any feeling of increased local control would be illusory at best.
The April 9, 2001 report also stated there would be a “loss of the ability to quickly draw upon provincial RCMP resources to augment the City’s resources during unusual or emergency situations.’
The report recommended Surrey look for assurances that the RCMP would develop a plan for a “big city” policing model.
“Based on the findings of the KPMG Study, this report recommends that the City of Surrey continue to deliver its Police Services through a contractual arrangement with the RCMP,” the report concluded.
As a result of Surrey continuing with the Mountie contract, the city received a $1-billion RCMP headquarters in Green Timbers, along with the nearly 2,000 police and support personnel that work there.
However, this time, the mayor’s push for a municipal police force has a different tone, This time, he says the public put him in office to make the switch.
His former anger with the Mounties has turned into simple determination to see them gone.
It seems nothing short of a public outcry will slow him down in that task.