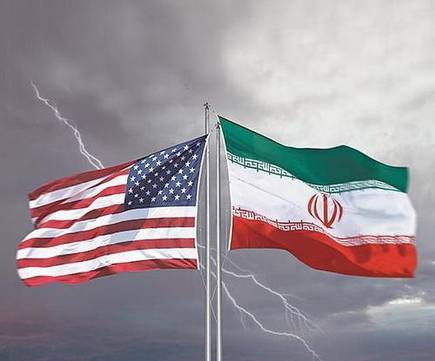 By Vanessa YbarraJanuary 8, 2020News
No Comments

In the span of less than a week the U-S government killed Iranian general Qasem Soleimani, Iran struck two American air bases with more than a dozen missiles, and a flight leaving Iran’s capital plunged to the ground shortly after take-off killing all 176 lives on board, 63 of them Canadian.

On Wednesday morning, Trump responded to Iran’s air strikes saying the U-S would impose ‘powerful sanctions’ on the country.

People we spoke to in South Surrey say while Canada isn’t directly involved in the tensions, they’re still concerned about what they’re seeing unfold on TV and social media.

“You’re seeing all these memes online about it potentially being World War 3, “said one mom outside Tim Hortons. “We’re seeing a lot of the things that happened pre-World War 1 where you have all these different nations with different pacts that are starting to break down so it’s definitely concerning.”

The woman and her husband travel quite a bit for business which is what’s adding to her anxiety.

“Right now it’s like ‘Do we really want to be doing that right now?’ Probably hold off for a bit.”

Another mom of three we spoke to said her kids are constantly asking her if World War 3 is going to start, largely due to conversations brewing in their classrooms and online, but keeps telling them Canada is a peacekeeping country and we are safe.

A woman we spoke to in her 60s says she just doesn’t know what what to make about the whole situation.

“It doesn’t really impact us but if anything more happens between the States and Iran it will.. There could be a war because of Trump and his rhetoric, he’s so unpredictable, so you just don’t know.”

Then there was this man who kept it concise.

“I’m concerned with only one thing and that’s who’s in charge of the United States!”

He then yelled “impeach!”” before hopping back into his truck and heading off to work.

However not everyone is on edge.

One man we spoke to said it’s ‘all good’

“I watched Trump’s speech this morning and they settled it with the sanctions. Sanctions is good, war isn’t, so we’re ok.”

When asked  whether Tuesday’s devastating plane crash in Iran could have any possible connection to the situation between the U-S and Iran, those comments too were divided.

“Who knows. It may have been one of the rockets they fired off could’ve hit the plane, I don’t know. It’s a Boeing 737, it’s brand new, only three years old so…I’m not sure.”

“Conspicuous for sure, it raises a lot of questions and you kind of wonder what the media is really telling you.”