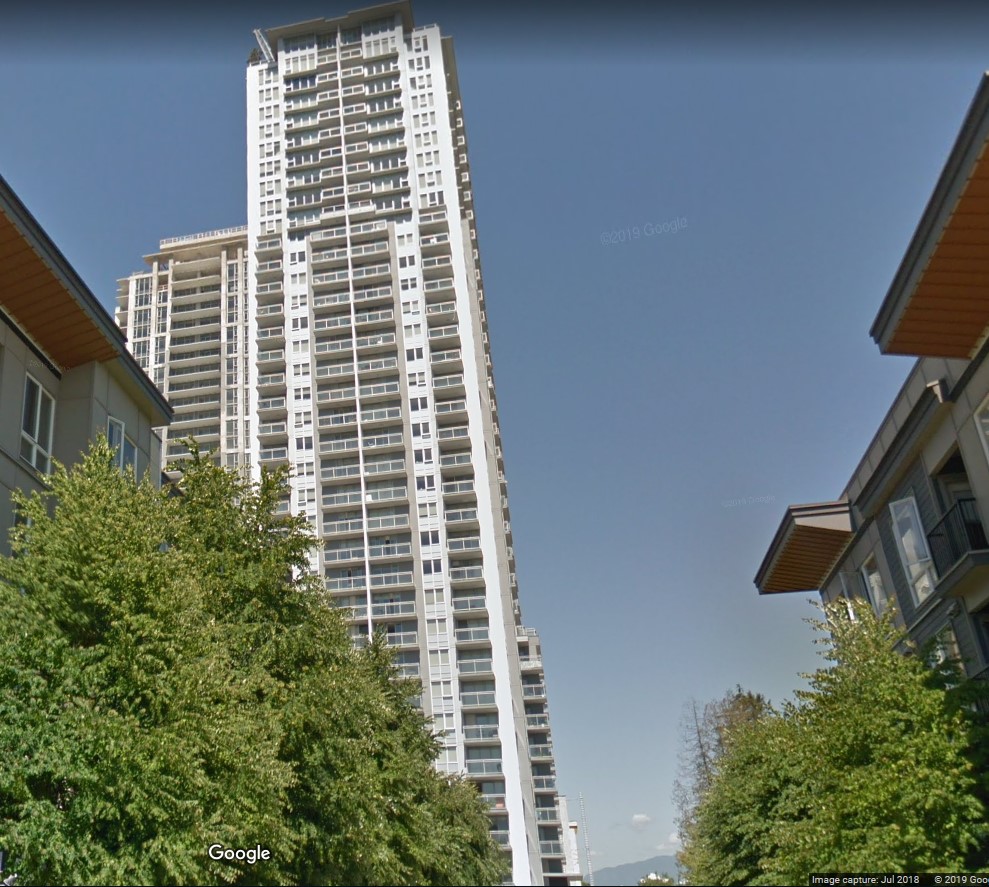 A 35-storey tower in North Surrey has failed to meet building codes, and is now susceptible to earthquakes and windstorms.
PulseFM has learned that questionable engineering by John Bryson brings into question the safety of the large North Surrey tower built in 2013.

Structural Engineer John Bryson has admitted to unprofessional conduct.
He has since resigned his Engineering License, can no longer practice in BC, and is required to pay $265,000 in fines and fees.”In a Consent Order, Mr. Bryson admitted that his structural design for the building, Ultra (13325 102a Ave., Surrey, BC), did not comply with the 2006 BC Building Code, to which he certified it had been designed, in particular with respect to seismic and wind loads,” an engineering oversight body states.
The City of Surrey had previously said due to “confidentiality reasons”, the City is not in a position to release the address of the building.
However, PulseFM filed a Freedom of Information request for the location and was sent several documents, including an amended ruling by Engineers and Geoscientists of B.C (EGBC).

“This is a rare but very serious offence, for which we sought the maximum fine available, and ensured that this individual can no longer practise engineering,” states the EGBC website. “We will not hesitate to act in any situation where we believe that our standards are not being upheld.”
The 35-storey building is at 13325 102A Avenue and includes 418 units, in addition to 11 free-standing ground oriented townhouses.
PulseFM was unable to ascertain what the city’s plan for the tower is, given the information around its potential safety problems.
More to come.