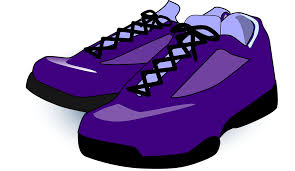 By The WebmasterJune 1, 2018Community, News
No Comments

At 17 Emma Misak is a Breakdancing Champion. Hardly known for its breakdancing prowess, Surrey, BC is where Emma was born and raised. And, since she is now performing on the world stage she is quick to point out, where ever she goes Surrey is still her home and is a pretty great place. After all, it was at Surrey’s Panorama Ridge Secondary School where it all began for her just a few short years ago. Another form of dance she had wanted to try was being offered right at her high school’s dance class. And, away she went! While Emma loves many forms of dance she was instantly taken by breakdancing from the very first time she tried it. Breakdancing picked up popularity in North America in the 1970’s. DJs would take the rhythmic breakdown sections (also known as the “breaks”) looping them successively. The breakbeat and a rhythmic bass allowed dancers to display their improvisational skills during the duration of the break. Having just competed at the World Dancesport Federation in Japan her next stop on the world stage will be in Buenos Aires. And, in the meantime and in-between time, she coaches and mentors young girls and boys. Misak says she wants to encourage a sense of self-worth. She thinks this kind of empowerment will help keep youth off the streets. For herself, she will continue to express herself through dance, mostly dominated by males, to teach and to provide a platform to feel empowered. Emma Misak joined Pulse Mornings on-air this morning and you can listen anytime on-demand. Just click on the audio tab above.