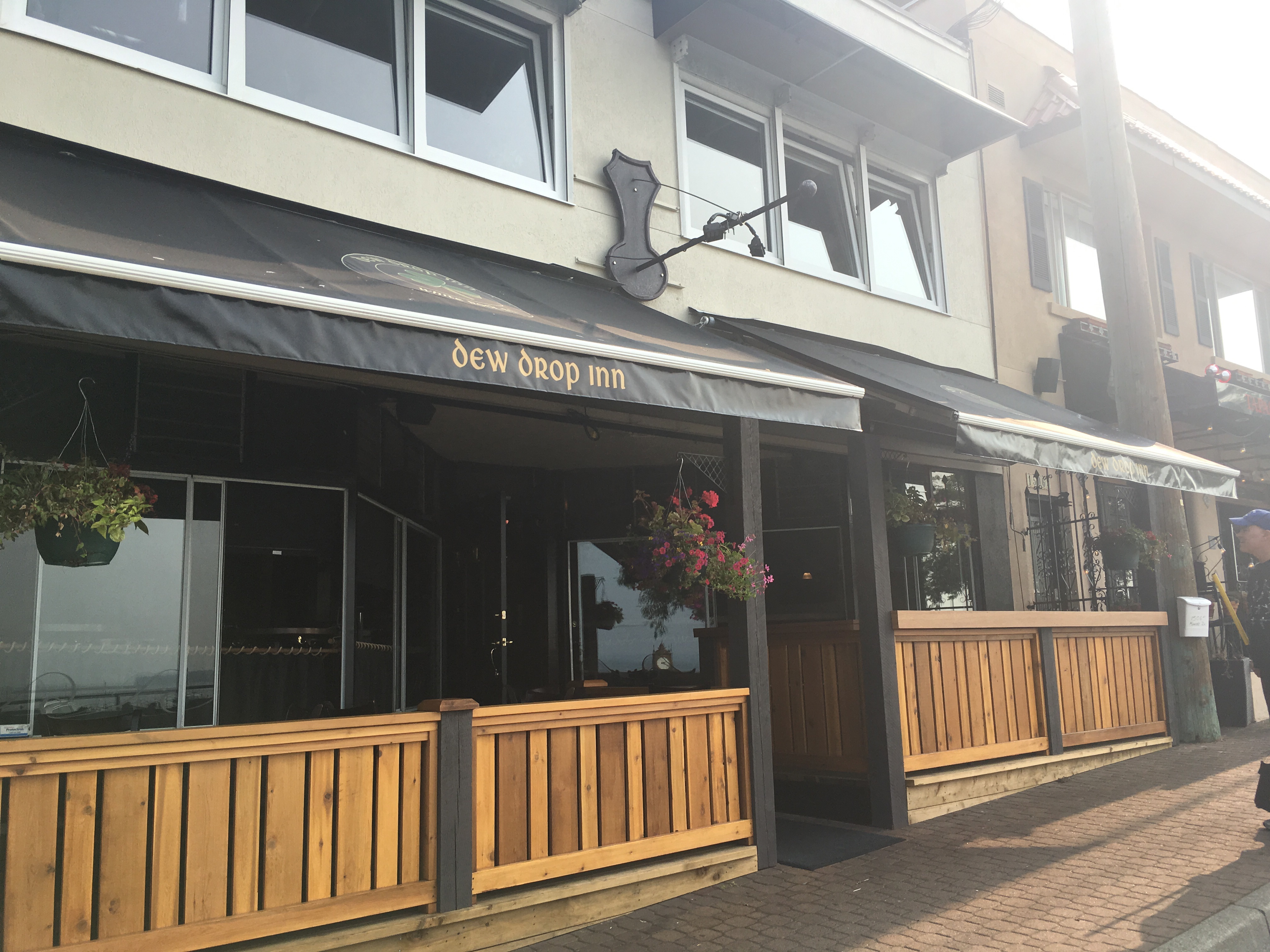 Last night, producer Chris and myself went and sampled another restaurant taking part in, ‘Taste White Rock’. This time it was the former Jimmy Flynn’s – Now known as the DEW DROP INN. As a guy who frequented the old establishment, I was looking forward to seeing what the new owners had brought to the location on Marine Drive. We were met at our table by a very friendly server by the name of Christina who made us feel at home immediately and made sure we were settled. I asked to speak to one of the many owners of the new pub/restaurant. A smiling Irishman named Danny made his way over immediately and introduced himself. We started talking about the restaurant and all the charges they had made since taking over. A beautiful new cosy patio out front caught my eye when we walked in. I also noticed the flooring which has replaced the not-so-very clean carpets from years ago. The place was spotless. A couple huge TV’s on the wall for spotting events and a picture of Irish UFC fighter Conor McGregor on the wall had me thinking, ‘Is this still a Pub, or a Restaurant? Danny explained although it is a pub like atmosphere, it’s the dining, food and family environment he’s looking for. And judging by those there last night, that’s what he’s working towards doing. As for the food, traditional bland Pub Fare has been replaced with complex, yet simple dinners. My appy was Escargot: Where can you find Escargot in a Pub??? Followed by an amazing Italian inspired dish, followed by the best piece of Cheesecake I think I’ve ever had in my life! Danny explained he had worked in Italian Restaurants back in Montreal for many years, and he wanted to bring some of his knowledge and implement it into a pub. Amazing concept! Great news for hard-core Pub-Goers, the Guinness I had tasted like it came strait from Dublin and it is still very much a Pub. Clearly Danny, his partners, and the staff at Dew Drop Inn are keeping it traditional, yet inviting to new ideas and flavours. And you know what? It’s working.