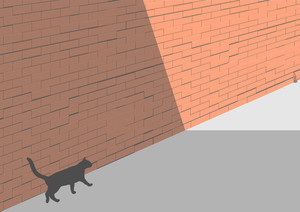 The Cat Came Back…

What would you be willing to do if your animal went missing? Put that question out there after something I read at peacearchnews.com. A woman from South Surrey let her cat out on back on May 26th. And unlike what the cartoon said, ’The cat came back the very nice day…the cat never came back.

First two nights the cat was gone, the cats owner camped out in her backyard just in case the cat had an altercation with the local coyote population. After two days she called a company that brought over trackers and dogs to track the cat down. Dogs picked up the cats scent in a vacant lot by the woman’s home in the 32nd 144th area. Crews set traps and waited.

Seven days later the cat was trapped successfully and the woman was able to sleep in her own bed.

A lot to go thru to find your cat, but good on her for not giving up on Bear the Cat.

(But don’t you wonder how much the bill was?)