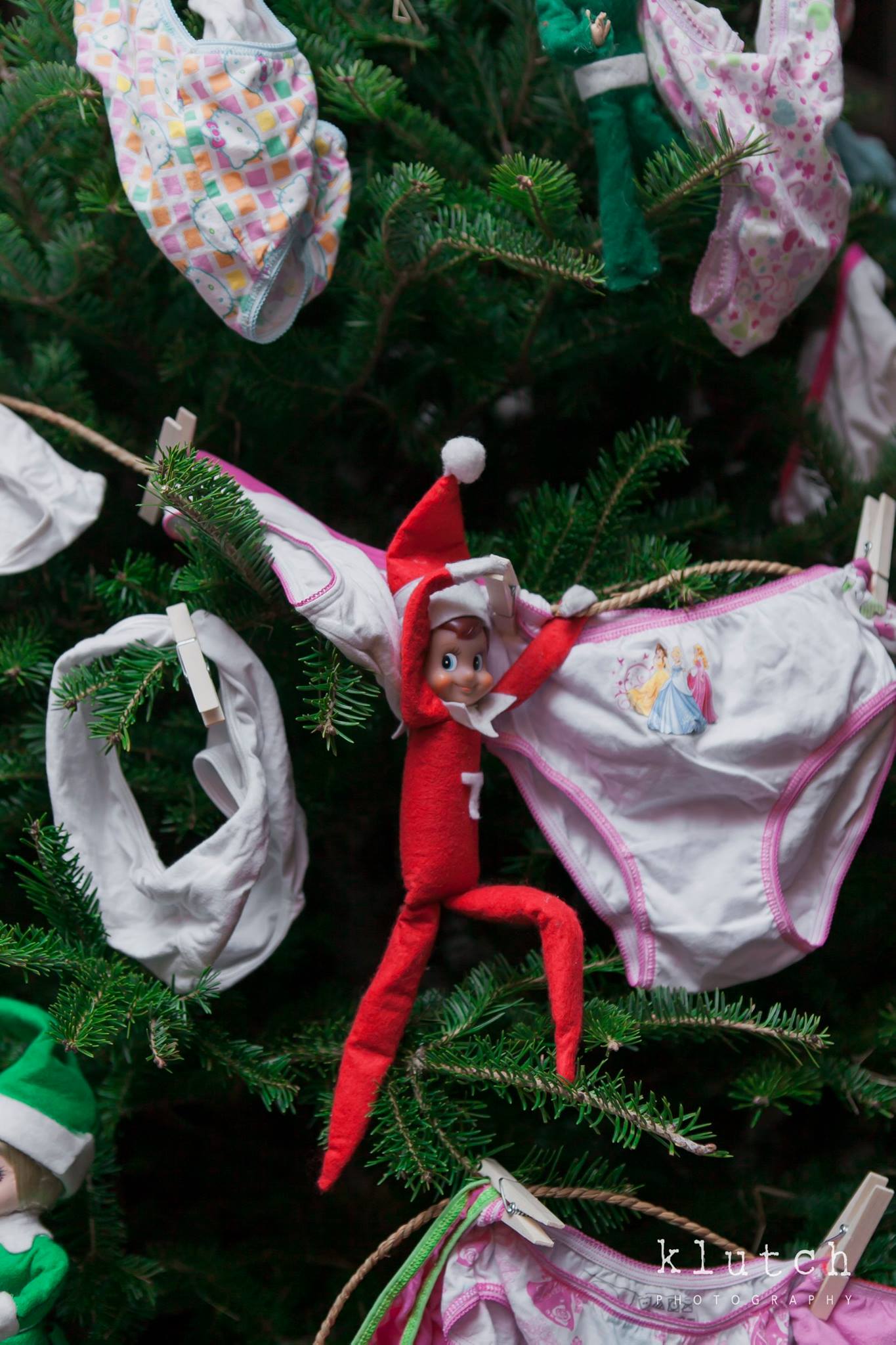 The eff’in ELF on the shelf

Elf on the Shelf by Klutch Photography

As far as I know, the Elf on the Shelf is relatively new.  (As in, it didn’t exist when I was a kid).  When this trend came out 10ish years ago, social media really helped blow it up and make it increasingly popular…

Here’s the story: An elf comes from the North Pole to watch your child and reports back to Santa on Christmas Eve.  S/he usually watches from a different location in the house each day.  Meaning that mom & dad have to remember to move the elf each evening/early morning.  And somewhere along the way, there was an element of mischief added to the story of the elf.  So you’ll start to see on your social media feeds, elaborate elf storylines and set-ups.

Some of these setups are super elaborate and so funny.  I would love to see the kids faces in the morning!  But then … isn’t up to mom and/or dad to clean up the elf’s “fun” (usually involving flour  “snow” or the enemy: glitter)? That’s much less fun.  And hats off to those mamas who are coming up with 24 days of ideas!  The first few years I was scared… as with most things that are new to me as a parent.  Do I really have to do all that?!  How will I do all that?!  Are my kids missing out?  Are we the only ones without an elf?

So eventually I learned the truth: there are parents (okay, moms) out there who genuinely ENJOY the elf (it’s rumoured there are also folks who like baking cookies, planning children’s birthday parties and wrapping presents).   That’s not me.  My Pinterest has 3 things on it and they’re all margarita recipes that I’ve never made.  I’m always shocked when Christmas comes around in December every year so I really don’t need another daily stressor in my life, much less one that creates more work.

Here’s the slacker version: our elf comes at a random time before Christmas.  Maybe 2 weeks, maybe 10 days, maybe 4 days – that’s part of the excitement… WHEN will the elf appear?!  Our elf is fairly chill and just hangs out in a different location – my kids have fun just trying to figure out where she is each morning. That’s it.  Still fun, not nerve wracking, managing expectations.

It does get harder each year to remember to move the elf before going to bed as these days the kids go to bed later and later… so there have been a few misses but like tooth fairy misses – we always have a good excuse in our “bad parent” toolbox.   It’s definitely a fun tradition so long as you don’t put too much pressure on yourself and take it all in fun.  If you’re looking for ideas, you need to get onto Facebook right away and follow local Surrey mom Dina‘s Elf on the Shelf page.  She’s an OG Elf-er and there is an entire Dynasty-style storyline with her elves – check it out!

So for those who are “all in”, the elf usually shows up on December 1.  Hopefully you all know EXACTLY where that elf is located… (cue frenzied searching through boxes this weekend…)