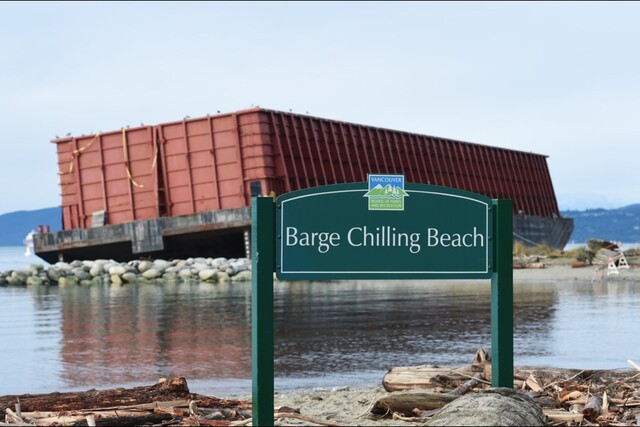 By Jeremy TubbsJune 30, 2022General
No Comments

It was bound to happen eventually. After the giant barge washed up onto Sunset Beach back in November during a storm it’s finally moving on to its next adventure. Crews decided this week to begin deconstructing the massive container which will take around three to four months to complete. Fortunately they said it won’t interfere with people going to the beach and taking part in activities during the summer.

I have mixed feelings about it though. It’s one of those random things where it didn’t really seem to bother anyone that much. It was so out of no where and doesn’t really look that bad and is a reminder of this strange time in our lives with the world wide pandemic where we all just kind of laughed at this bizarre occurrence. The memes following the barge washing onto our shores and getting stuck were hilarious. Everything from “Vancouver’s Newest Cactus Club” to “New Beach Front Property” made for a laugh.

Part of me was thinking why start taking it apart during the very beginning of summer and instead wait until the fall but I guess some people are eager to have it gone. Especially whoever owns it.