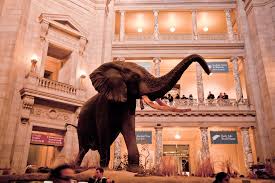 THE (ROYAL) ELEPHANT IN THE ROOM

Yep. Finally. After tomorrow, no more talk about the Royal wedding. So this may be the last chance to bring out the elephant in the room just one more time…

British Paper The Mirror wrote an article that read:

“With Prince Harry’s wedding to US actress Meghan Markle dominating the news, the scurrilous rumours about his parentage have surfaced once again. Dozens of social media users each day have pointed out the similarity behind ginger Prince Harry and his late mum’s one-time lover, Major James Hewitt. Mr Hewitt prefers to keep out of the public eye nowadays, but has spoken out twice in the past to categorically deny being the real father of Prince Harry. During a frank and candid television interview last year, he was asked directly if he was Harry’s father. Hewitt replied: “No, I’m not.” Pressed over why the rumours have persisted for so long, he said: “It sells papers. “It’s worse for him [Harry] probably, the poor chap.””

Despite him categorically denying he is Prince Harry’s biological father, a picture of the Prince taken from a side angle and one from the same angle of Mr Hewitt…they do look A LOT a like. Conspiracy theorists believe there could be some silencing on behalf of the Royal Family. Unless an actual DNA test was done, there will never be 100% proof that Prince Charles isn’t Harry’s real father. And if you were at all saddened to hear Meghan Markle’s father was unable to attend tomorrow’s wedding, despite what is being called truth, there’s a possibility Harry’s father won’t be there either.