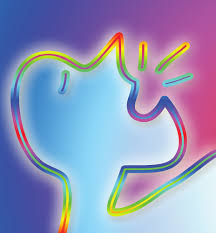 The Voice That Almost Barely Roared

By The WebmasterFebruary 26, 2018General, News
No Comments

When you lose your voice it’s not likely to turn up at the lost and found for you to find it. And, if your livelihood depends on your voice such as a sales rep, school teacher or radio announcer it can be a real set-back. Some people who lose their voice temporarily don’t mind taking a few days off, but when you talk on the radio for a living it can be devastating! Broadcasters aren’t shy of a little whining and if they happen to lose their voice it makes whining nearly impossible. All of this to illustrate just how miserable I was for a few days when I, you guessed it, lost my voice. And, here’s the rub I had my flu vaccine this year. I was even persuaded to have a pneumonia shot as well. Guess what? Not only did I contract walking pneumonia, get a kick in the gut flu, I also lost my voice. How about a round of applause for the triple whammy? Yeah, thanks for the light lunch! I still believe in and support the vaccines as an important step in preventing epidemics in our communities to stop the spread of viruses particularly to the most vulnerable. When it comes right down to it I just don’t like getting sick, especially losing my voice. But then who does? Maybe it’s just nature’s way of saying slow down and take care. My voice is back almost to full strength, but the lesson has been learned and it’s not what you think. It comes down to what your mama always told you, wash your hands often, eat well and get plenty of rest. It’s not bulletproof, but it can save you an awful lot of precious time trying to find your voice! In the end, each one of who has been blessed with a voice would do well to care for it, just as you would any other important part of your body!