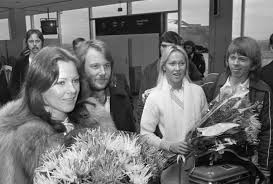 Last weeks’ announcement that the band ABBA has reformed and had recorded two new songs is just the tip of the iceberg when it comes to what we could possibly see that could -quite frankly- change the way we see concerts. Yes, ABBA recorded songs for the first time since their split in 1982. Yes, there is going to be some kind of, ‘tour’, but if you think that it’s going to be the original four members in the flesh…uh, no. A source close to the members said recently that there was, ‘no chance what-so-ever’ the band would tour again. That said, the virtual reality tour is a completely different story. It seems that Simon Cowell and his company are somehow involved in something called, ‘ABBAtar’,and although there’s not many details it looks as though Avatars of the four members (holograms) will be used in some capacity in the near future. What that means exactly isn’t quite known, but it could change the way we see concerts forever. We’ll see.