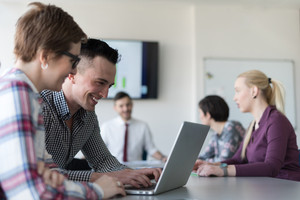 Too Many Jobs, Not Enough People

Talk to any small business owner south of the Fraser and many will tell you, there just isn’t enough workers to fill positions. A new study done by the Business Development Bank of Canada shows big shortages in a number of industries and it is predicted to get worse before it gets better. Three of the hardest hit industries are retail, construction and the restaurant industry. 40% of smaller to mid-sized business in this country say they are having a heck of a time filling positions. Some are catching and they’re actually raising their wages. That said, it’s tough for a small business to pay more when the money just isn’t flowing in. So, what’s another option? Well, if I had that answer I would tell you, believe me. According to the study, British Columbia faces two issues. One is an aging population, and the second is a fast-growing economy. If you’re looking for work, you’ve come to the right place. Just don’t expect to be paid the big bucks living in the number one place in the country that costs big bucks in which to live.