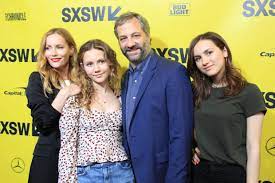 By JaclynMarch 4, 2022Entertainment, Jaclyn
No Comments

Netflix released the first trailer for Judd Apatow’s The Bubble on Friday, which centers around a cast and crew trying to film a sequel to an action franchise about flying dinosaurs amid the COVID-19 pandemic.