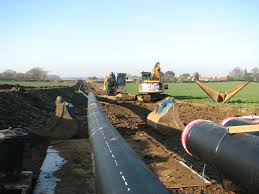 Our Federal government announced a $4.5 billion to purchase of the Trans Mountain Pipeline.  Finance Minister Bill Morneau made the announcement as far away away from British Columbia as possible. In return to the purchase Kinder Morgan will twin the pipeline and once the sale os complete, Ottawa will continue construction. The sale is expected to be complete by the end of August, and Mr Morneau says the plan is to eventually sell the pipeline. Being in BC – hypothetically speaking – the pipeline could be sold for major profit to an foreign buyer. Or, we could keep it and take a loss. A loss that could include one of an environmental kind. And who will pay for that?