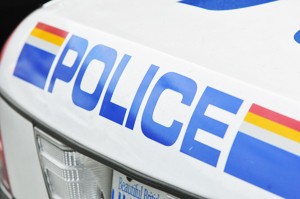 The Twitter account @Surrey_PD was a parody of Mayor Doug McCallum’s plan to ditch the RCMP and bring a municipal police force to Surrey. The account was viewed more than 600,000 times in 13 days.

“It has come to our attention that your Twitter account is in violation of the Twitter rules, specifically the policy of impersonation,” the Twitter warning to Surrey_PD states. “Impersonation is pretending to be another entity in order to deceive, and is strictly prohibited. This account has been suspended and will not be restored.

The account holder returned as Sorry PD (@PDSorry) and returned to the parody posts.

“Well well well, like a bad rash, here we are again,” a May 21 post states. “Although @surrey_pd has been permanently suspended by Twitter, we are back to try things a little differently and get back to where we left off. Hop on board, let’s see if we can last more than 13 days this time. #SurreyPD”

“One question we have been asked is `how did it feel to get suspended?’ To be honest, we were just really proud of Uncle Doug for getting logged in on his own. #SorryNotSurrey”