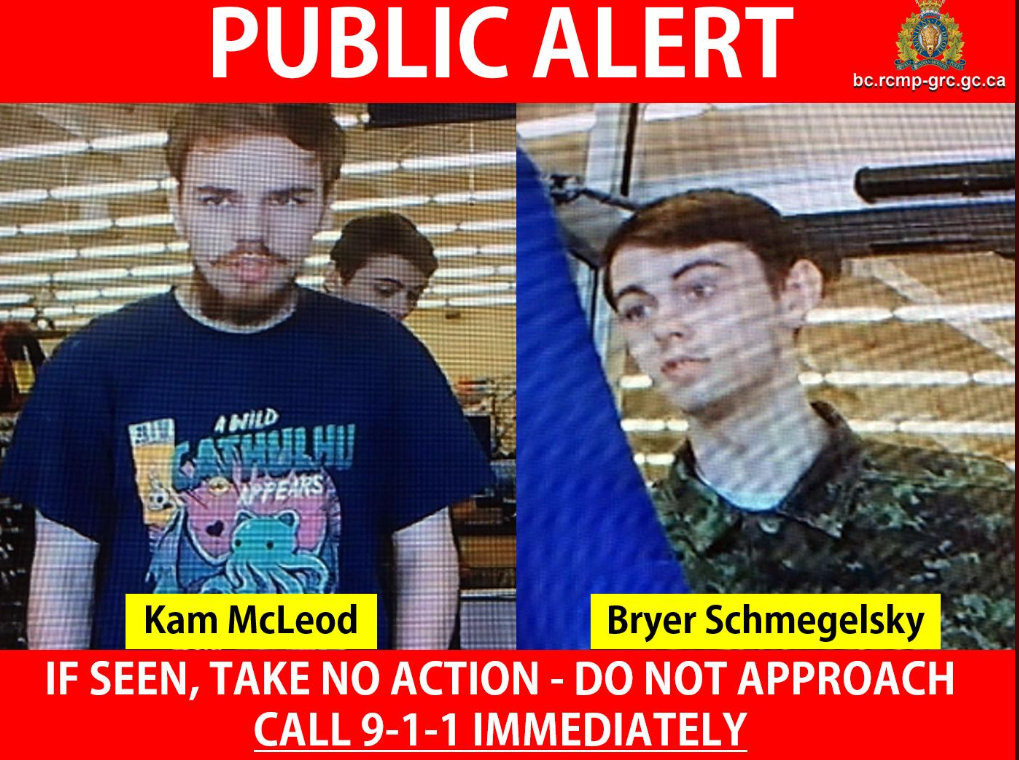 By Vanessa YbarraJuly 23, 2019News
No Comments

(Release from the Canadian Press)

R-C-M-P say two British Columbia teenagers who were first thought to be missing are now considered suspects in the deaths of three people in northern B-C.

R-C-M-P assistant commissioner Kevin Hackett says police are not aware of any other victims since the three bodies were discovered last week.

“I can’t speak to any other missings, we’re not aware of anything,” said Hackett. “Our focus right now is to locate these two individuals”

Officers say, if seen, they should not be approached and immediately call 911.