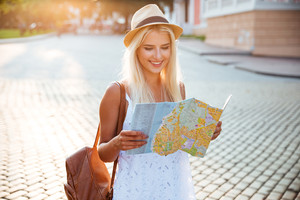 Late last week the travel website BIG 7 announced out of all the big cities in the world, the city of Vancouver was voted the, ‘Friendliest City.’ In the story it explains – in part- why this city was voted number one friendliest in the world by saying, “The city has an amazing multicultural community who band together to make visitors feel welcome and safe at all times. Locals are quick to offer assistance to tourists and the community vibe makes socializing in Vancouver simple.”

This is Vancouver were talking about.

I’m presuming in the downtown area but what do I know perhaps Surrey is involved in the conversation as well. That said, there’s really only one thing to say here – and it’s been said a lot on social media over the past few days.

Now I’m not going to take shots at the city of Vancouver because we all have our stories and perhaps yours have been good ones, but I find it hard to believe that of all the cities in the world, Vancouver is number one?

Top 20 friendliest cities in the world, according to Big 7 Travel:

Vancouver: Friendliest city on the world!

Think a tweet from ‘gmdvancouver’ summed it up nicely when they tweeted these words.