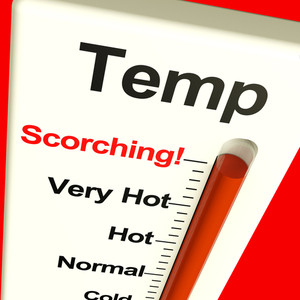 I used to work with a woman named Leah who would always complain that it was too cold in the office. Not going to lie, she did it regularly. I always wondered to myself, ‘why is she always cold when I for the most part am okay? Today I’m reading an article about a study done by the University of Southern California and a Berlin Science Centre. What they found was that women do better in completing tasks as temperatures increase whereas men do better at the same tasks when the temperature is colder. Strange right?

Participants had to complete three different tasks and were promised monetary incentives based on their performance. During one portion, they had to add five two-digit numbers without a calculator. During another, they were asked to build as many German words as possible from certain scrambled letters, Scrabble-style. In the third task, they had to answer logicial problems.

So what does this tell us? If you want your man to do something for you, drop the temperature? Not sure.

And it still doesn’t explain why Leah was always freezing.