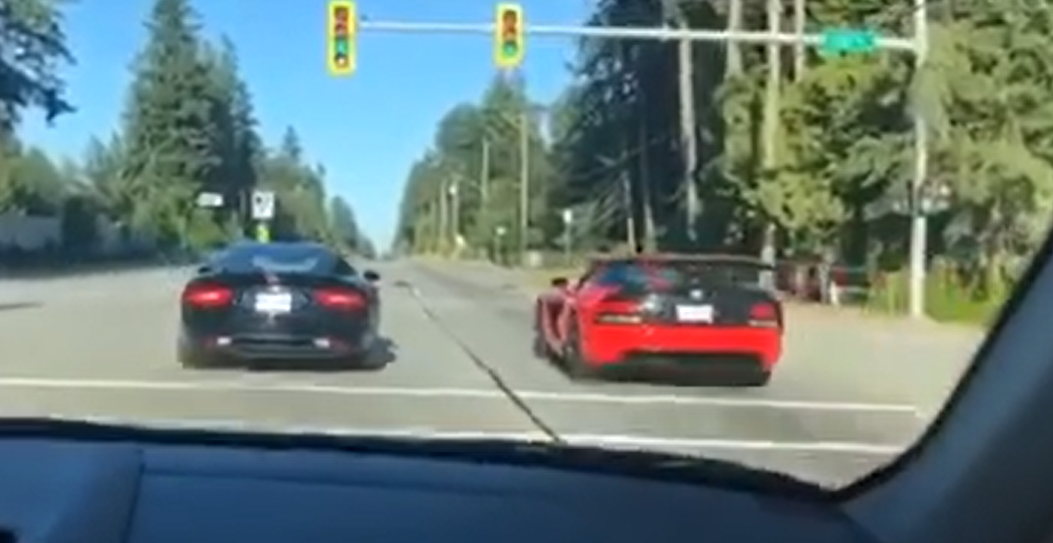 Surrey RCMP is investigating after an apparent race gone wrong ended up in a crash.
Dash cam footage caught the dramatic scene as it unfolded on Sunday evening.

“We do know at about 10 to 7 on Sunday, a collision was reported to us,” Surrey RCMP Cpl. Eleanor Sturko told Pulse FM Tuesday. RCMP was dispatched, but fire crews called them off, as no one was hurt and both parties exchanged information.

Then, Mounties were given the video of the crash between the two Vipers, which may have been racing.

“Everyone has their opinion about what the video shows, but we want to have our investigators break that down,” Sturko said.