By LeslieMay 10, 2022General
No Comments

Fred Savage has been fired from his roles as executive producer and director of The Wonder Years reboot after allegations of inappropriate conduct.

“Recently, we were made aware of allegations of inappropriate conduct by Fred Savage, and as is policy, an investigation was launched. Upon its completion, the decision was made to terminate his employment as an executive producer and director of ‘The Wonder Years,’” a statement from 20th Television to the Associated Press said.  Savage’s alleged conduct included verbal outbursts and inappropriate behaviour, according to a report from Deadline.

It’s not the first time the former child star has been accused of bad behaviour.  In 2018, Alley Mills, the actor who played mother Norma Arnold in the original The Wonder Years, revealed that the show may have prematurely come to an end because of a sexual harassment lawsuit.

Also in 2018, Savage was accused of creating a hostile work environment by a crew member on the set of TV show The Grinder, reports Entertainment Weekly.  The female crew member claimed that Savage shouted at and struck her during a costume fitting. Fox investigated the incident and “found no evidence of any wrongdoing.”  Savage has yet to publicly address the latest allegations and dismissal. 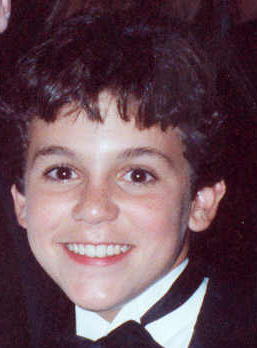 We are finding out more about the “Dirty Dancing” sequel yesterday.  Jennifer Grey is coming back as Frances “Baby” Houseman.  The movie takes place in the 1990s, with Baby returning to the Catskills resort Kellerman’s.

It’ll be a coming-of-age romance about a young woman, but Baby’s own journey will “intertwine” with that story.  We’ll also probably see more familiar faces than just Jennifer’s.  They’re looking to bring back as many people from the original as is, quote, “appropriate.”  Baby’s dance partner Johnny will be a part of the story, but obviously, Patrick Swayze can’t come back.  The producers are in talks with his estate about whatever it is they’re planning.  As for music, the soundtrack will include songs from the original such as “Hungry Eyes” . . . as well as ’90s hip-hop.  And possibly even era-appropriate artists like Alanis Morissette and Liz Phair.

Dolly Parton and Doja Cat Team Up with Taco Bell for Mexican Pizza: The Musical

Dolly Parton has heard the bell.

The 11-time Grammy Award winner, 76, is teaming up with Taco Bell for a live virtual musical satire. Inspired by one of their most foodie-favorite dishes, the Mexican Pizza, the musical will celebrate the item’s May 19 return to the menu after it was discontinued in 2020.

“I’m making #MexicanPizzaTheMusical with @TacoBell,” Parton wrote on Instagram.   She posted the announcement with a photo of the script’s cover page, which read, “Based on the true story of the Internet losing its mind.”  “Here it is y’all! We’re making a musical about my favorite pizza, the Mexican Pizza,” Parton added on her Instagram Story. “I can’t wait for you to see it!”

After a successful fan campaign to get the popular dish back on Taco Bell’s menu, Doja Cat created a jingle on TikTok in March, and a follow-up video posted by Victor Kunda imagined the tune as a musical.  Parton will appear alongside Doja, 26, and Kunda in the musical, which will also feature some yet-to-be-announced special guests, according to Entertainment Weekly.

Kim Kardashian’s latest one-of-a-kind possession might not be so rare.

After Ripley’s Believe It Or Not! gifted the Kardashians star, 41, a supposed lock of Marilyn Monroe’s hair, Monroe historian Scott Fortner debunked the news on Friday — and he has the (literal) receipts to prove it.

He shared a screenshot from Ripley’s website, featuring a photo of another lock of Monroe’s hair that was displayed in Kardashian’s Met Gala dressing room. Although the post has since been updated, Ripley’s originally claimed the hair was cut from Monroe’s head by hairstylist Robert Champion ahead of her iconic Madison Square Garden performance for President John F. Kennedy’s birthday on May 19, 1962, three months before her death.

A post shared by The Marilyn Monroe Collection (@marilynmonroecollection)