By LeslieDecember 1, 2021General
No Comments

Alec Baldwin gave his first sit-down TV interview since the fatal October shooting on the set of his film, Rust. The 63-year-old actor spoke with Good Morning America co-anchor George Stephanopoulos, who shared details of their talk on Wednesday’s GMA.

The newsman said Baldwin did not hold back discussing how he fired a prop gun that killed cinematographer Halyna Hutchins and injured director Joel Souza on the set of Rust.

This will be Baldwin’s first sit-down interview, though he did speak on-camera about the incident on Oct. 30, telling paparazzi that Hutchins was his “friend.”

ABC’s one-hour primetime special with Baldwin airs Thursday at 8 p.m. ET, and will later be available to stream on Hulu. ABC will also have a two-hour 20/20 special on Friday about the on-set shooting.

AN @ABC EXCLUSIVE: @GStephanopoulos has the 1st exclusive interview with Alec Baldwin following the deadly shooting on the set of “Rust.”

ABC officially has named Michelle Young’s ex as the next “Bachelor.” Echard, a candidate on the current season of “The Bachelorette” with Young, will lead Season 26

News broke in September that Echard, 28, was likely the next “Bachelor” when photos of him filming with a camera crew were leaked. Although Warner Bros. had no comment on the casting at the time.  Echard will get his second shot at love on reality TV in 2022 when his season premieres on Jan. 3.

In the comments section of the post, a social media user replied, “So one of your best friends gives you her kidney and you continue to drink excessively. Damn Selena.”

The former Disney star fired back, “It was a joke ass.”

The Colosseum has a crowd capacity of 4,100 and has been the residency home of Celine Dion, Elton John, Bette Midler, Cher, Mariah Carey, Rod Stewart and more.

Presale tickets for the shows will be only be available through registration using Ticketmaster Verified Fan beginning Tuesday. 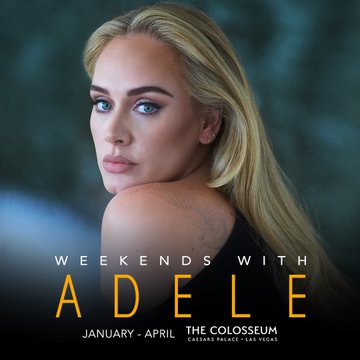 After a brief teaser that dropped earlier in November, the WarnerMedia streaming service is offering up a longer look at the series, which premieres Dec. 9.