Britney Spears Calls Out ‘So Called Support System’ On Instagram

Britney Spears isn’t letting ANYONE twist her words or tell her what she should or shouldn’t post on social media. She doesn’t care!! Britney took to Instagram over the weekend to call out unsupportive family, those who pretend to be there only when its right for them, the documentaries that have been made about her and all her haters & she didn’t hold anything back. Check out the 2 Instagram posts below!

Early reviews of the highly anticipated ‘Space Jam 2: A New Legacy’ starring Lebron James, we’re quite negative, but those were critic reviews. Audience reviews are now in and people are LOVING IT!

The Tune Squad ruled over the court and box office charts this weekend. In an unexpected win, “Space Jam: A New Legacy,” which sees LeBron James team up with the animated Looney Tunes crew, dunked on the competition with $31.6 million in ticket sales.

But what does Rotten Tomatoes say you may ask?:

The Cannes Film Festival likes to build up to the winner of its biggest award, the Palme d’Or winner.. CUE SPIKE LEE! He was this years Jury president and he announced the biggest award of the night, which was supposed to be announced at the end of the show, AT THE VERY BEGINNING… Oops

“It took a lot of suspense out of the night I understand, it wasn’t on purpose, I have no excuses. I messed up.” – Spike LeeSo incase you missed it… Julia Ducournau’s “Titane” had picked up the Palme d’Or – WOO! Congrats! Watch the full mishap happen below!

This isn’t the first time we’ve seen something like this happen.. But every time it does it’s EQUALLY as cringe.

Cardboard Beds For Olympic Athletes Meant To Step Them From Bringing Someone Else Into Bed With Them?

While the accommodations in the Olympic Village have not been known to be luxurious, images of cardboard beds in athletes’ bedrooms have become the subject of jokes speculating about the reasons behind this particular furnishing choice.

Paul Chelimo, from the U.S. track and field Olympic team, posted photos of the beds to Twitter over the weekend, writing that it was “aimed at avoiding intimacy among athletes.”

“Beds will be able to withstand the weight of a single person to avoid situations beyond sports,” he added.

The idea took off across the internet, with athletes and fans alike on social media speculating that the beds were designed this way due to concerns about coronavirus transmissions at the Olympics.

But the reason behind the use of cardboard in the Olympians’ beds was not, at least officially, to prevent activities other than sleep. The bed frames, which have a normal mattress on top, were made of cardboard so that they could be recycled into paper products after the Olympics, organizers said in 2020 when they announced the plan…

That makes more sense because I don’t think cardboard beds is stopping any of those young attractive athletes from doing their thing.. Check out the beds below! 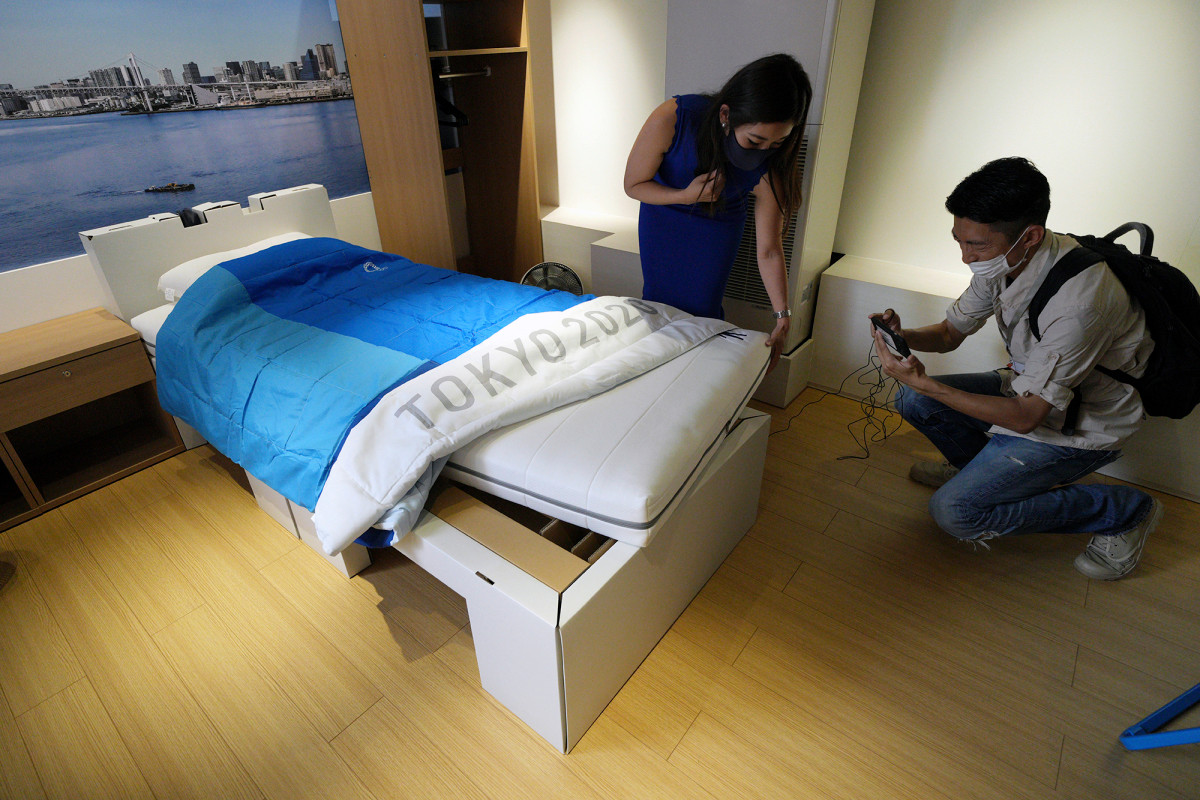 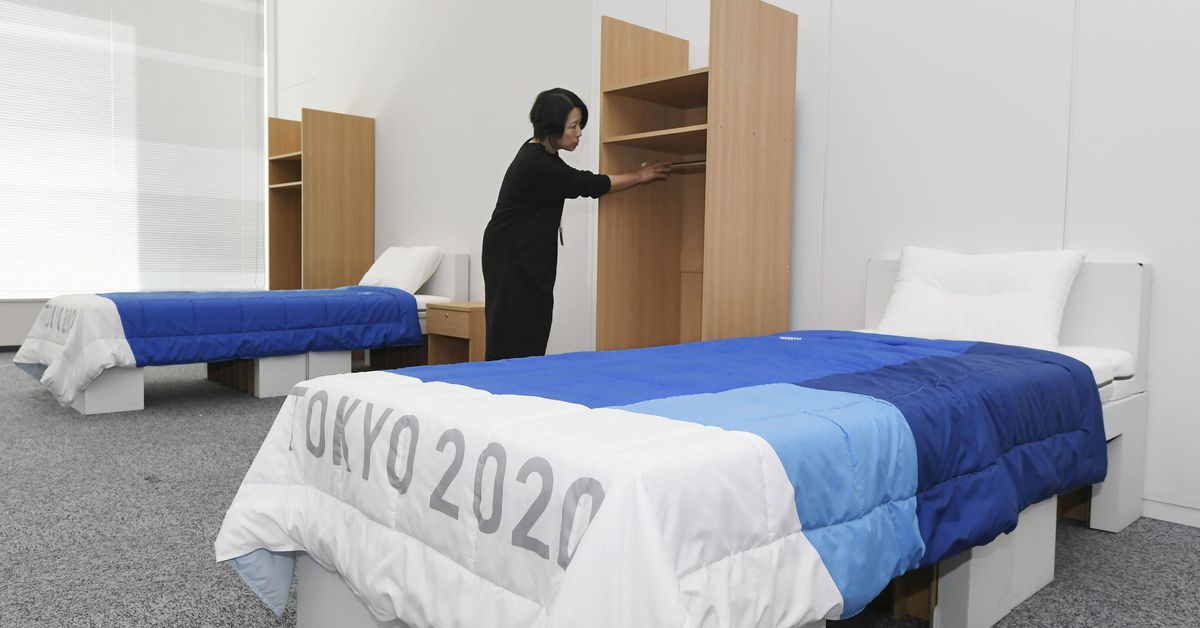