Sarah Jessica Parker is addressing her relationship with former Sex and the City costar Kim Cattrall who played Samantha in the series. Of course it was just announced by Sarah Jessica Parker, Cynthia Nixon and Kristin Davis (who play Carrie, Miranda and Charlotte in the series) that there is an upcoming HBO Max Sex and the City revival, titled And Just Like That, on Instagram – but Kim Cattrall will NOT be a part of it. If you aren’t up to date on the sex and the city drama basically Kim Cattrall has publicly said she hates Sarah Jessica Parker and she’s not nice to work with and doesn’t ever want to work with her again. Cattrall, has publicly maintained that she would never return to the franchise, but Parker continues to  shoot down speculation of a feud on Instagram Sunday, saying she never “disliked” Cattrall. “No. I don’t dislike her. I’ve never said that. Never would. Samantha isn’t part of this story,” she wrote. “But she will always be part of us. No matter where we are or what we do. X.” … Sounds like a whole lot of sucking up and her people being like “DON’T MAKE THE FANS MAD”

Now Kim Cattrall has subtly responded kind of regarding the reboot – she liked a tweet that a fan posted saying “I absolutely love Sex and the City and whilst I am saddened that Samantha will not return, I applaud doing what is best for you and think this is great example of putting yourself first,”

Now onto salary – Sarah Jessica Parker, Cynthia Nixon, and Kristin Davis are all set to bank over $1 million per episode for the 10 episode series. All three are set to star in the show as well as serve as executive producers…. So they’ll be walking away from the reboot with probably over $15,000,000 each, but at least we’ll be entertained!

U.S. Vice-President-elect Kamala Harris has landed on the cover of the February issue of Vogue magazine, but her team says there’s a problem: the shot of the country’s soon-to-be No. 2 leader isn’t what both sides had agreed upon.

Instead of the powder blue power suit Harris wore for her cover shoot, the first African American woman elected vice-president is instead seen in more casual attire and wearing Converse Chuck Taylor sneakers, which she sometimes wore on the campaign trail.

Harris’ team was unaware that the cover photo had been switched until images leaked late Saturday, according to a person involved in the negotiations over how Harris would be featured on the cover. Harris’ office declined comment and the person spoke Sunday on condition of anonymity.

In a statement, Vogue said it went with the more informal image of Harris for the cover because the photo captured her “authentic, approachable nature, which we feel is one of the hallmarks of the Biden-Harris administration.”

But the magazine said it released both images as digital magazine covers to “respond to the seriousness of this moment in history, and the role she has to play leading our country forward.”

Grimes who is an electronic pop musician from vancouver probably better known for being married to Elon musk who of course inventor of tesla and currently the richest man in THE WORLD. She announced on instagram that she and this is a quote “Finally got covid and has been weirdly enjoying the experience”. She also said that she’s in a “Dayquil fever dream” now she didn’t go any further into her symptoms but WHAT A WEIRD STATEMENT. Her partner Elon Musk, the CEO of Tesla Inc. and SpaceX, contracted the virus last year after months of sowing doubt about the dangers of its spread. Musk has called panic around the virus “dumb” on Twitter and lockdown orders “fascist” on a Tesla quarterly financial results conference call. Grimes, who became a new mother last May, largely stayed silent about the virus until her post on Saturday. 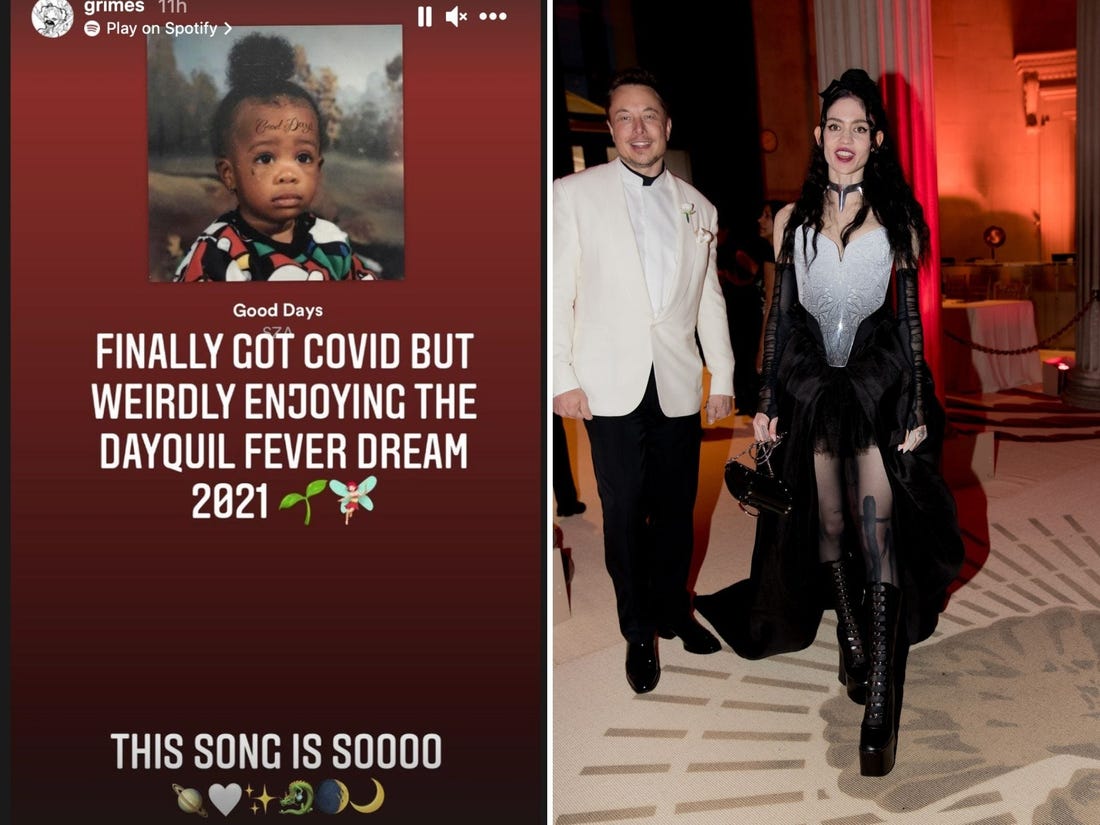 The first new Jeopardy! episode to air since Alex Trebek’s death last November aired Monday with guest host Ken Jennings choking back tears as be paid tribute to the longtime television personality. Jennings, who holds the Jeopardy! record for longest winning streak on the show and was crowned the program’s Greatest of All Time last year, said in a promo earlier in the day that he knew the audience would rather be seeing Trebek in his place. Jennings will be the first in a series of guest hosts, with former Today show personality Katie Couric also lined up to sub in. Executive producer Mike Richards said in an interview with Deadline last week that a permanent new host won’t be named before spring.

Bill Belichick, the legendary coach of the New England Patriots, has declined the Presidential Medal of Freedom in light of last week’s violence, when a mob attacked the U.S. Capitol based on the president’s false claims about the election.

Belichick announced his decision to refuse the award on Monday evening, citing the events of Jan. 6 without mentioning U.S. President Donald Trump by name.

“Remaining true to the people, team and country I love outweigh the benefits of any individual award,” he wrote in the statement.

Belichick has won six Super Bowl championships with the Patriots. He’s also a longtime friend of Trump’s, and is part of the President’s Council on Sports, Fitness and Nutrition.

He seemed to suggest in his statement that something changed after the attack on the Capitol last week.

“The tragic events of last week occurred and the decision has been made not to move forward with the award,” he said. “Above all, I am an American citizen with great reverence for our nation’s values, freedom and democracy. I know I also represent my family and the New England Patriots team.”

Trump now faces impeachment for inciting the riot. Several major corporations have also abandoned him and those who amplified his falsehoods in Congress. The PGA, for instance, bailed on plans to hold its 2022 championship at a Trump property, citing the toxicity of being associated with the president’s brand.

Belichick is the first to decline a major award in the wake of the riot, after facing calls to do so in Massachusetts.