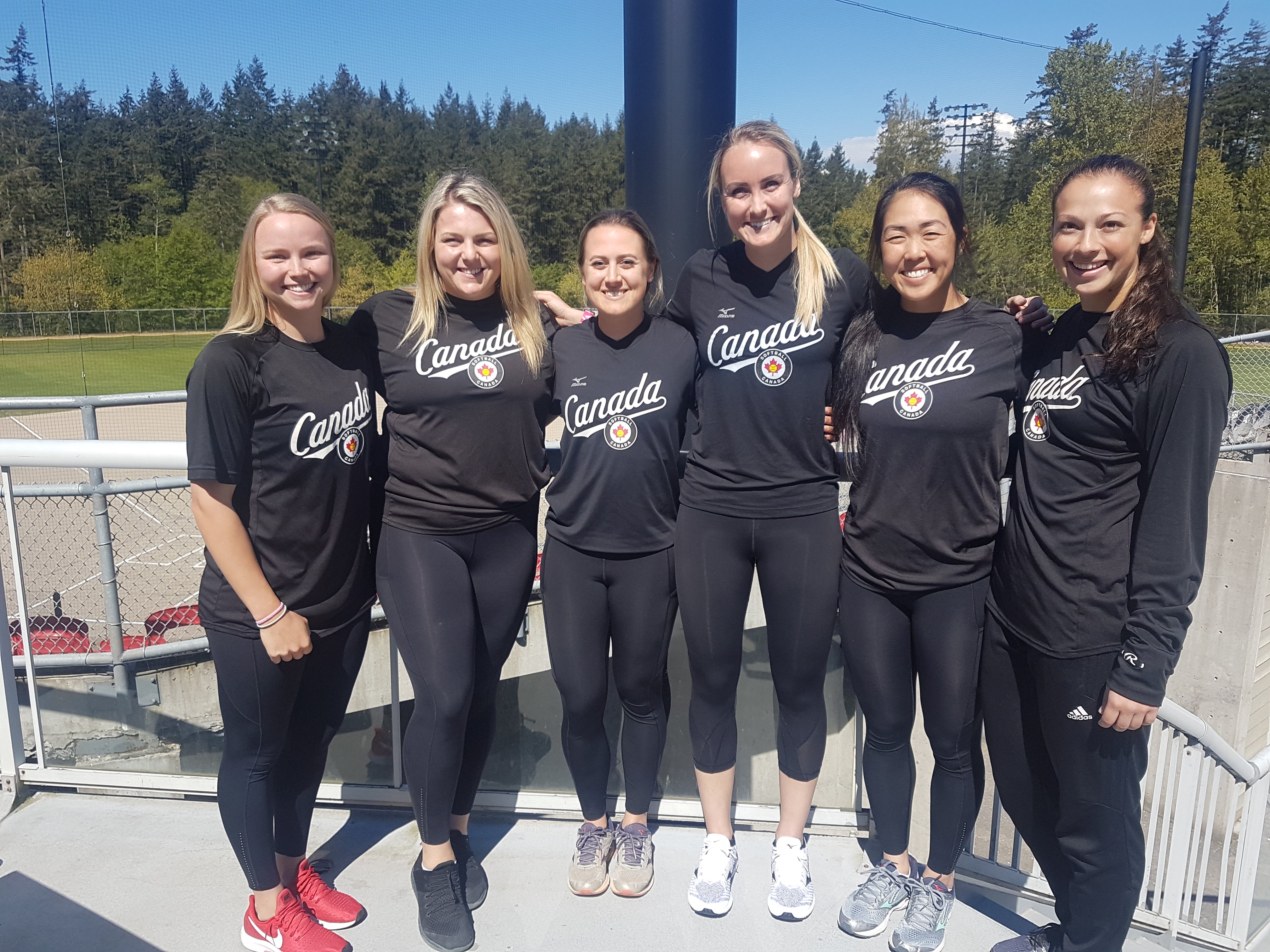 The stage is officially set for 12 countries to compete for two berths in Women’s National Softball in the 2020 Tokyo Summer Games.

Players from Team Canada, including Surrey’s Sara Groenewegan, gathered Monday morning at Softball City to watch the pool draw that was live streamed from Switzerland that determined what the playing lineup will be for this summer’s 2019 Americas Olympic Qualifier being held at Softball City that will see 12 teams wittled down to two who will go on to play in next year’s summer Olympics.

The format will see the following two divisions with six teams in each, playing a round robin format:

“No matter who was drawn out of the names, we were prepared for any one, but to see the draw we got, we’re pretty happy with it, we’re ready to go,” says Canada Women’s National Team Pitcher Sara Groenewagn. Adding to the women’s excitement is this is the first time softball has been recognized as an official Olympic sport, after being eliminated after the 2008 Beijing summer games.

“It’s something a lot of athletes get to work their whole lives towards and unfortunately for my age group it wasn’t an opportunity for us until recently, so, it’s just going to make all the hours and sacrifice worth it, especially on home soil, is isn’t comparable to anything else,” says the 24 year old.

For Victoria’s Emma Entzminger, being able to play on home soil makes the experience that much sweeter.

“This is an exciting time for those of us who are going to be part of the team
representing Canada,” says Entzminger.

“This is what we all dream about and the fact that we are going to be able to pursue an Olympic berth on home turf in front of fans from Canada and BC makes it even more special.”

More than 5,000 people from around the globe are expected to flood Softball City August 25th to September 1st for the Qualifying Event, where the National Team will open up the tournament against Cuba.

“We got quite badly outbid financially but we have a long reputation of running an International tournament at this park,, with this organizaing committee we’ve run the Canada Cup for 25 years, so our volunteers won this tournament, they won it on reputation.”

Ticket packages for the Americas Softball Qualifier and its 42-round robin game
schedule start at $75 for youth, $130 for seniors and $180 for adults. VIP and
Reserved Tournament Passes are also available.