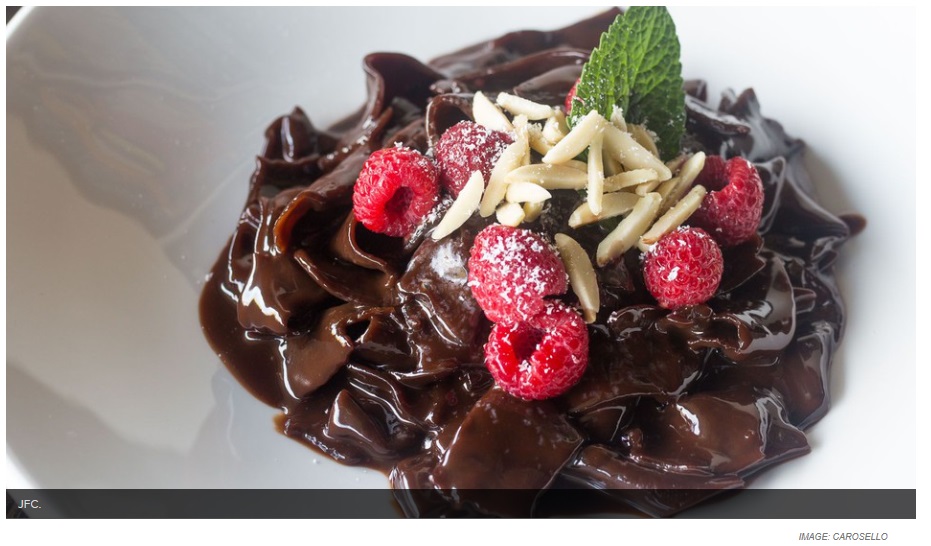 Would you have Pasta for dessert?

Lots of cultures around the world include pasta in their desserts.  Such as the Faloodeh in Iran and India, and the Kugel Pudding in Israel.

I haven’t sampled any locally-inspired pasta desserts yet in Canada (except for the ones I mentioned earlier from my culturally diverse group of friends)… but now in Australia, there’s a restaurant that is introducing a Chocolate and Nutella pasta dessert to the world!

The restaurant decided to design the dessert in honor of World Pasta Day on October 25th, which is coming up at the end of the month.

What would you think if a local South Fraser restaurant started serving pasta for dessert? Would you try it? For me, I’d be all for it!