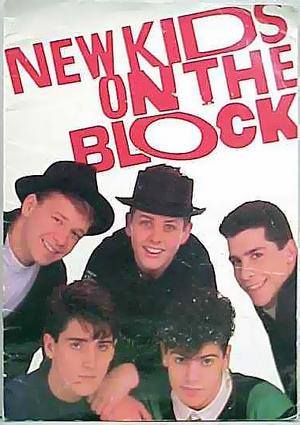 By The WebmasterOctober 16, 2017News
No Comments

I have a cool feature on my show called the Flashback 90’s,  I play a popular song from the 90’s that everyone who grew up in the era would know and sing along too. Today’s song was from the absolute most ultimate boy band groups that has ever existed, of course I’m talking about New Kids on The Block! Step By Step had girls like me screaming their names and dancing while listening to a Sony Walkman! No joke, I had a yellow one.  Anyway I had a major crush on Joey who was the youngest in the group, I think that was my first crush I ever had, he was closer to me in age then any of the others. Jordan was the one most girls liked but he was way older than me and it would have been kind of weird. Oh and before you ask, yes I had their posters all over my walls, I mean all over!

You can catch my Flashback 90’s everyday at 11:50am. Find out what 90’s song will be played tomorrow!