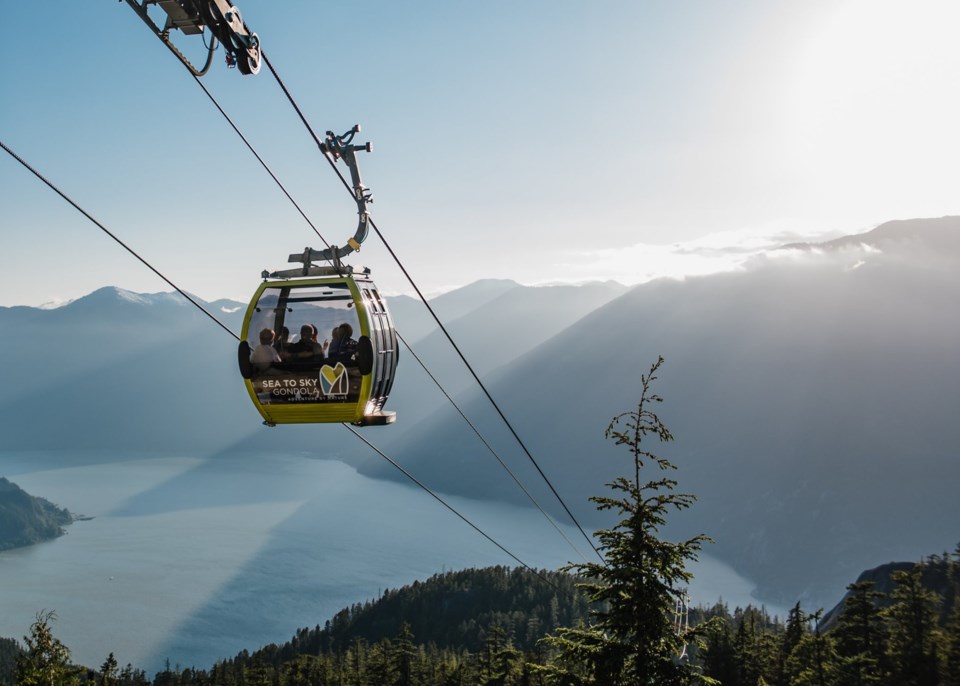 By LeslieSeptember 14, 2020General, News
No Comments

Vandals appear to have hit the Sea to Sky Gondola for a second time, just more than a year after cables were deliberately cut, sending dozens of cars crashing to the ground.  The attraction’s general manager says “exactly the same thing” happened this morning.  This comes despite the Sea to Sky Gondola bringing in additional security following the cutting of the cable last year.  The cutting of the cable in 2019 resulted in millions of dollars in damage. The company was forced to bring in about 30 new cabins from Europe.

Environment Canada says poor air quality in much of the south coast and beyond should start improving today.  The smell of smoke and hazy skies due to wildfires in Washington and Oregon has had the agency advising people with compromised immune systems to limit their time outdoors.  But meteorologists says even the general public should follow that advice and reschedule any strenuous activity for when skies clear.  Rain is in the forecast for tonight, and that could help firefighting efforts in the Pacific Northwest though fires are so huge in California that it’s not expected to benefit, especially if winds pick up.

The province’s teachers union has taken to Twitter to say students and staff shouldn’t be returning to school today amid the combined hazards of COVID-19 and poor air quality, but no districts announced no plans to close.  The precautions being put in place include closing doors and windows, cancelling PE classes, allowing students who are sensitive to smoke to stay indoors during lunch and recess.

The B-C Conversation Officer Service says a grizzly bear that attacked a hiker near Pemberton last week will not be destroyed.  The service says the sow acted defensively when it bit the leg and hand of a 36-year-old hiker who had spotted its cub last week.  The man suffered non-life-threatening injuries and is expected to have surgery.  Hikers venturing into the backcountry are being encouraged to travel in groups, make noise and carry bear spray.

Prime Minister Justin Trudeau says Canada is not out of the COVID-19 woods yet.  Case numbers have been rising across the country in recent weeks, and Trudeau warns letting our guard down could end up with a return to the extreme lockdowns put in place at the start of the pandemic.  Trudeau and his cabinet are in Ottawa for a two-day retreat, where they will discuss the health crisis and how to lead the country through a second wave

A McDonald’s restaurant in Surrey is closed after an employee tested positive for COVID-19 late last week. The company says in a news release that the employee, who works at the McDonald’s at 8586 120 St., reported the positive test on Saturday. The employee’s most recent shift was on Thursday, Sept. 10, from 5 a.m. to 1 p.m., The company advised anyone who visited the restaurant on that day to follow the advice of the British Columbia Centre for Disease Control, which recommends testing for anyone experiencing even mild symptoms of COVID-19. Three other McDonald’s locations in the Lower Mainland have closed temporarily because of coronavirus cases since late August.

An air quality alert is still in effect for the Fraser Valley, but Environment and Climate Change Canada says the smoke levels are expected to drop today. Wildfire smoke from fires in Washington and Oregon have led to unhealthy air conditions for much of southern British Columbia, but the weather agency expects an infusion of Pacific air will give us some relief today but it’s expected that smoke will continue to linger for a couple of days. Environment canada is saying anyone with chronic underlying medical conditions or acute infections such postpone or reduce outdoor physical activity until the advisory is lifted, especially if breathing feels uncomfortable . On Sunday, the website World Air Quality ranked Vancouver as having the second worst air quality of any major city in the world, behind Portland. Vancouver has now fallen to 33 on the list

B-C is reporting 317 new cases of COVID-19 over the past three days as well as six more deaths. Five of those who died were residents of long-term care homes and the province also recorded its first death in the northern health authority. The death toll has climbed to 219 and the number of active cases has risen to nearly 16-hundred, including 58 people who are in hospital. Provincial health officer Dr. Bonnie Henry says a dry cough and runny eyes can be caused by both COVID-19 and the smoke blanketing most of the province — but only the coronvirus causes fever, chilly and body aches.