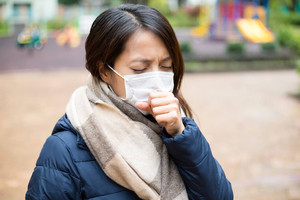 A Currently Circulating Story or Report of Uncertain or Doubtful Truth.

Despite the fact that we are now more connected than ever with the world around us, isn’t it amazing how rumours continue to be passed on from person to person. Earlier today one of my fellow staff members came to me asking if I had heard of the Auto-immune virus that was spreading throughout the Guilford area. SARS is what she said her husbands family had been told. SARS, or Severe Acute Respiratory Syndrome is a very serious virus that can kill. Thing is, there have been no reports of SARS in the Guilford area. There has been a few cases of Legionnaires Disease reported. And while SARS and Legionnaires can both kill, the big difference is you can get SARS through breathing as the virus is an airborne virus. Legionnaires is not and it’s not contagious. The only way you can get it is thru drinking fluids – mainly water that someone who has it has also drank. That’s what my research has told me. I am not a doctor. That being said, it never ceases to amaze me that in a day and age where information is at your fingertips, the rumour mill still churns. Of course when you think about it, where is the best place to find and start a rumour these days? That’s right, on the World Wide Web.