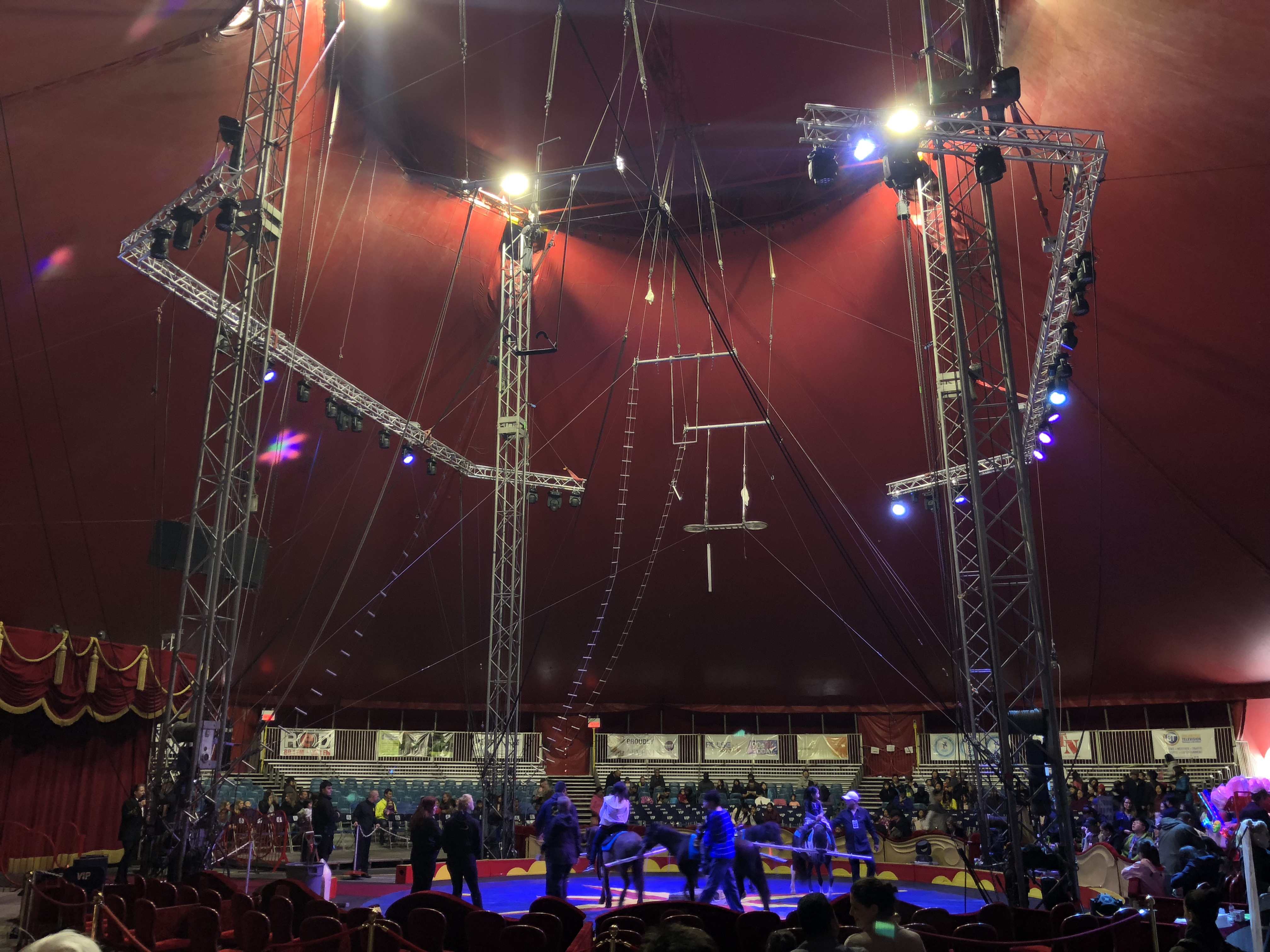 By The WebmasterMay 27, 2019Community
No Comments

What’s more spectacular than the weekend? Spending your weekend watching the “Royal Canadian Circus SPECTAC!” live in action, of course! What a fantastic, exciting, and nail-biting show! This circus act featured a daredevil take on your traditional favourites, with trapeze and wire acts, aerialists, jugglers, motorcycle stunts, and delicious treats.

The show was broken up into two parts, with their first act already having you in death grip mode, the flying trapeze. From way up high into the “big top”, these trapeze acrobats swooped down from their bars  to perform several flips in mid air, and just as we thought they were going to fall down below, their partner would catch them on the other side just in the nick of time! It was utterly and completely sweat inducing…really and truly! What a way to open the show, we were hooked!

Next up were a series of very impressive jugglers and balance acts. One in particular that I believe stole the show, was their tight rope walking act. This guy was insaaannne! He could do just about anything on that thin line of rope and still be balanced, unwavering, and cool as a cucumber. From running on the tight rope, doing the splits vertically, standing on just one foot, to riding a unicycle, this tight rope walking act was phenomenal!

The show continued after intermission with more incredible stunts, jugglers and balancing acts, including their motorcycle daredevils. These motorcycle stuntmen performed 2 acts in the second part of the show, with their second as the circus finale. A small, sphere cage was brought on stage where 3 motorcyclists raced around inside doing multiple flips, and yet not ever hitting one another. Keep in mind, the cage wasn’t exactly that large, they were only clearing each other by a few inches or so…again, a very nail-biting moment, but a thrilling way to end the show on a high note.

I’d highly recommend going to this year’s Royal Canadian Circus SPECTAC! It’s a fantastic and exhilarating show that’s perfect for the whole family to enjoy. Just head to the Royal Canadian Cirucs’ website and use the promo code “pulse” to receive two tickets for the price of one.

The Royal Canadian Circus is coming to Guildford Town Centre under the big top until June 9th, so get your tickets while they are still available and while the show lasts, you won’t want to miss it!