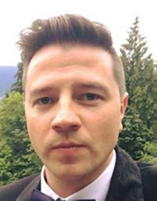 By The WebmasterSeptember 28, 2018News
No Comments

The Abbotsford Police Department’s Internet Child Exploitation (ICE) Unit and Major Crime Unit are seeking individuals who may have been victimized by Michael HAIRE, an Abbotsford School Vice Principal, who is facing charges in relation to child pornography offences.

The ICE Unit launched an investigation in late July 2018; a search warrant was obtained and executed at HAIRE’s home in Abbotsford, where computers, data storage devices and cell phones were seized.  An examination by the Abbotsford Police Department’s Digital Forensic Lab is currently underway and at this point has revealed thousands of images and videos depicting child pornography and child abuse.

Detective Keith Nugent, ICE Unit Investigator, states, “Our unit’s goal is to identify suspects who believe they are anonymous in cyber space.  We will detect, reveal and prosecute these offenders to defend and protect our victims.  This investigation is exceptionally concerning given Mr. HAIRE’s position of authority and access to youth in Abbotsford.  We ask anyone with information to please contact us.”

W.A. Fraser Middle School Vice Principal, Michael HAIRE, 38 years old, has now been charged with Making available Child Pornography and Possession of Child Pornography.This was HAIRE’s third year as a Vice Principal at W.A. Fraser Middle School. HAIRE has been an employee with the Abbotsford School District for 12 years. HAIRE has no criminal record.