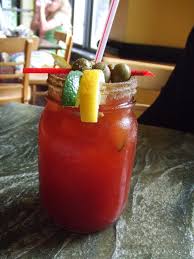 It was on this day in 1969 a man by the name of Walter Chell was working at a hotel in Calgary. Specifically he was working for an Italian restaurant within the hotel that was looking for a, ‘signature drink’ to attract more customers. Mr Chell had heard about a new company that was selling a mix of tomato and clam juice and went  to the store an found a bottle of Mott’s and brought it back to the restaurant and stated experimenting. Within 2 hours of trying he came up with a drink that would forever be known as a Canadian class – our answer to the american Bloody Mary is what many believe Mr. Chell was looking for. Instead he came up with one of the greatest vodka based drinks that has ever been invented. He also saved the Mott’s beverage company who were floundering with poor sales until his invention. Today over 350 million Caesars are consumed every year.