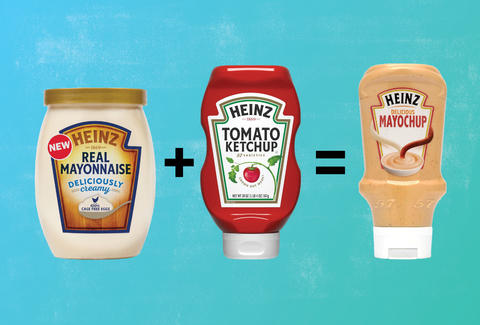 It’s called, ‘Mayochup’ and the internet is losing it’s mind over it. Since Heinz announced a few days ago the possibility of releasing a ketchup-mayonnaise mix – as long as half a million americans voted yes to it by Sunday. As of right this moment over 350,000 americans have voted, ‘YES’ to, ‘Mayochup’. Some are crying foul as apparently a couple states in the mid west have something called ‘Frysauce’ which is apparently similar to half ketchup, half mayonnaise. Don’t expect to see, ‘Mayochup’ in Canada anytime soon. Our taste buds clearly just not as, ‘civilized’ or, ‘refined’ compared to our neighbours pallets to the south. Besides, isn’t mayonnaise on French Fries pretty much the same as – say – mustard on French Fries…or worse?