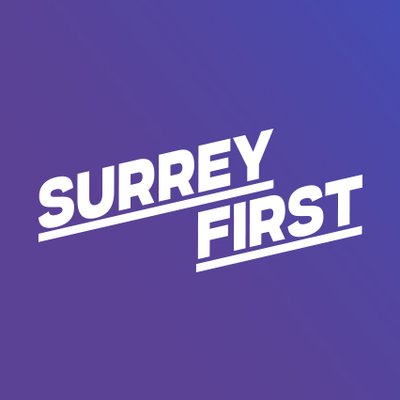 By The WebmasterSeptember 27, 2018General
No Comments

Joined by council candidates Vera LeFranc and Narima Dela Cruz, Gill said Surrey First will create an endowment fund to kick-start plans for a world class performing arts centre, double arts and culture grants, develop a contemporary art gallery in South Surrey and use the “maker space” planned for the new Clayton Community Centre as a model for more artist work spaces across the city.

“Great cities, the ones we all admire, have a strong and vibrant creative side and Surrey is no different,” said Gill. “We have a very creative arts and cultural community in Surrey. We want to encourage that talent and see it flourish right across our city. For instance, the performing arts centre will be a creative hub for Surrey, a destination for our region and an anchor for a vibrant new entertainment district.”

Gill said he would commit $1 million annually over the next five years to an arts and culture endowment fund as a way of launching plans for the performing arts centre, including developing a detailed financial and fundraising case that would include other levels of government and local philanthropists with a passion for the arts. Gill first introduced the performing arts centre at his campaign launch.

The 1,200-seat performing arts centre would include a smaller 200-seat theatre and rehearsal space, expanded lobby for receptions, meeting space for conferences and a privately-run signature restaurant. The preliminary 240,000 sq ft concept is estimated at $245 million.

“The performing arts centre would be a catalyst for a vibrant entertainment district in and around city centre and a major attraction for those of us in Surrey as well as visitors from across the region,” explained Gill. “I’d like to see us spend the next four years pulling the business case together, finding the right partners and securing funding. There’s a lot of work to do, but I believe we can have our performing arts centre open within 10 years. But, the time to start is now.”

Council candidate Narima Dela Cruz lives in city centre and said Surrey First’s commitment to the arts comes from the genuine belief that art and culture can “transform communities” and add value to the entire city.

“The performing arts centre will be an exciting addition to our city and something everyone will enjoy,” said Dela Cruz. “When you add it to our new city hall, the growing university district and the thousands of people who are calling city centre home its easy to see why there’s such a great fit.”

Incumbent councillor Vera LeFranc echoed Gill’s enthusiasm for Surrey’s creative potential and said Surrey First would double arts and culture grants from $500,000 to $1 million annually over the next five years.

“Creativity helps define a city and the creative economy is a growing part of our community,” noted LeFranc. “Expanding arts and culture programs is also a wonderful way to engage our children and teens. It fits perfectly with our anti-gang plans and like free access to our pools, rinks and gyms, our arts and culture programs are a really positive way to reach out and protect our kids.”

“Art is meant to be seen,” explained Gill. “The new gallery in South Surrey is an important part of our art and culture platform because it goes a long way to giving Surrey’s artists the space they need to showcase their talent. At the same time, the addition of ‘maker space’ at the Clayton Community Centre will promote collaboration between artists and is a terrific model for more working spaces at other centres around the city. When you knit all of these creative pieces together it represents a long-term commitment that will encourage the tremendous talent that calls Surrey home.”