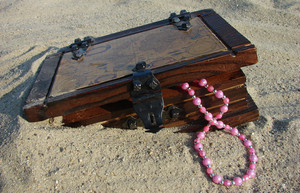 When I was a kid I remember friends and I burying a, ‘time capsule’ in one my friends backyard. I had totally forgotten about it until recently when I read a news story out of Saskatchewan. A village in Saskatchewan called Alvena recently unearthed a capsule that had been in the ground for 50 years. And when they did what they saw, and felt, was bitter disappointment. They had expected it would contain coins, newspapers – mementos of what like was like in rural Saskatchewan in 1968. What they found was a broken stubby beer bottle and some inconsequential paperwork. Bummer. This village had been talking about this time capsule for a full years before it was dig up. It was big news for the community. Builder had told the mayor a wall – or Cairn as it is known to some – contained a capsule, and in that box was money, a local paper from 1968, and some other valuable items. Well, someone didn’t tell 1968 that that’s what 2018 was expecting. What they ended up with was a brick wall demolished, and a useless time capsule. As for those who may find (or have found our time capsule) they will surely feel the same, but they may find a couple of cool vintage hockey cards and perhaps a marble or too. Hey those Boulders and Smokies were big back in the day!