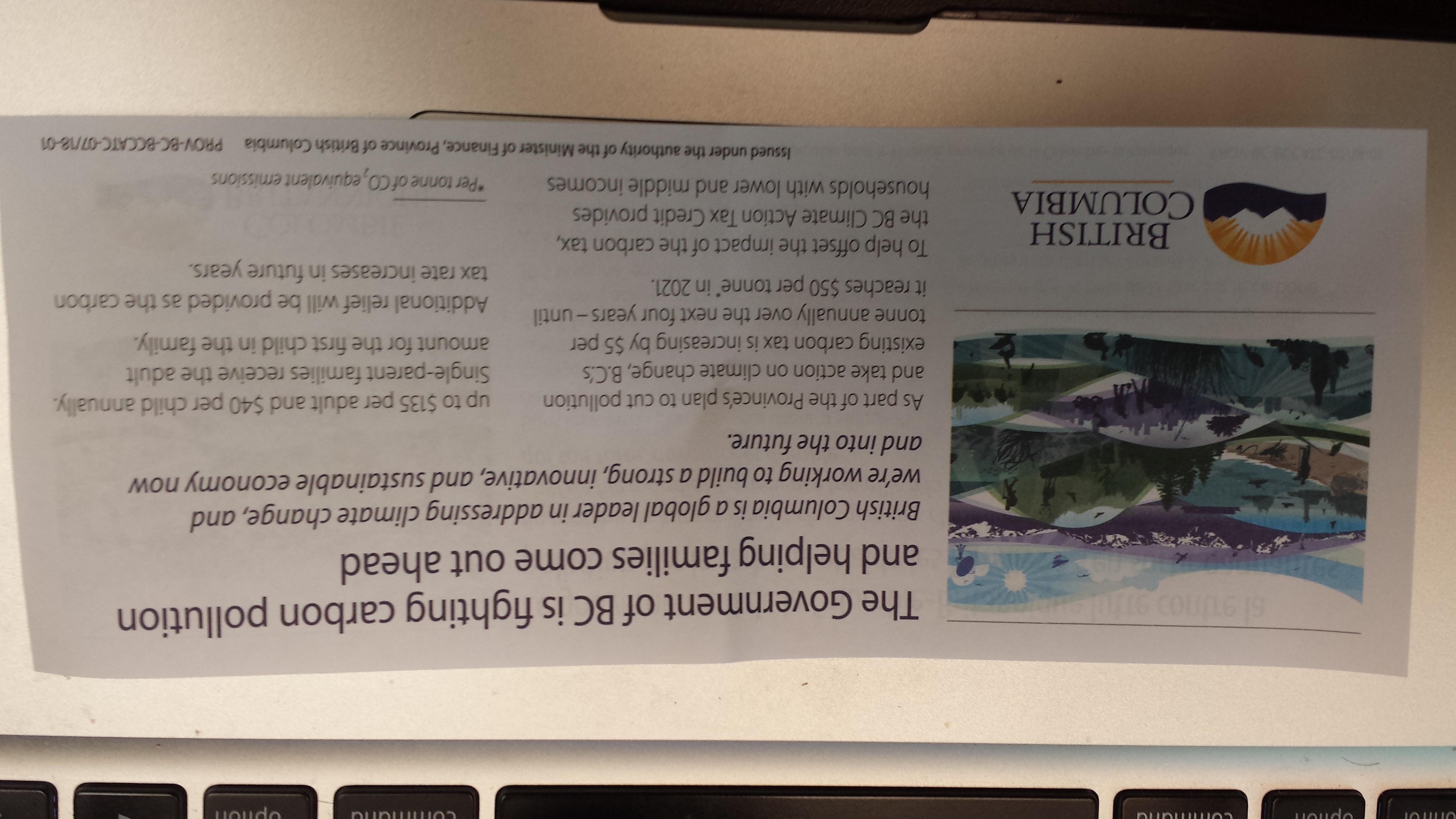 An interesting note came along with my mother’s tax return statement the other day. Because we qualified she received a GST credit from the federal government, but a surprise came a long with the GST receipt. The Province is giving back a credit as well. It’s called the, ‘BC Climate Action Tax Credit’. As their note states, ’To help offset the impact of carbon tax, the BC Climate Action Tax Credit provides households with lower and middle incomes up to $135 per adult and $40 per child annually. Little extra money in the pocket always helps. That’s the good news. here’s the bad. If you were unaware, ‘BC’s existing carbon tax is increasing $5 per tonne annually over the next 4 years – until it reaches $50 per tonne in 2011. Add that to the fact that the tax credit is paid in 3 instalments and we pay way higher gas prices that anywhere else in the province – in the country – what is $40 going to do every four months? And why did my mother receive this credit when she has never owned nor had a drivers license and has never driven anything motorized in her life? Instead of offering cheap and easy payments so you can gauge us some more via the pumps, let’s start making gas prices affordable for all.