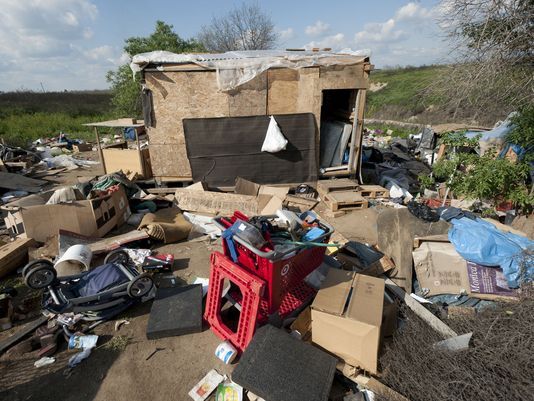 Tis’ the season of giving, but how are you doing just that? Many years ago at a radio station i worked at back east we had an outdoor studio on the main street. A homeless man named Dave showed up one day and eventually became a bit of a personality thru the radio station. People liked to help Dave. They would throw him a buck or two and chat for a little while. One holiday season Dave came running into the studio screaming with joy and showed me 5 crisp one hundred dollar bills that a random person had handed him before they drove off.
I didn’t see Dave for a week after that.
When I did see Dave again he looked horrible. He was relatively clean shaven but he looked rough. I asked him where he’d been. He told me the story of taking the money and staying in a hotel for a couple nights, and going on a drinking bender that even he admits almost killed him.
Dave eventually disappeared from out store front studios and I don’t know what happened to him.
Was it a kind gesture to hand a homeless man that amount of money. I’m sure that person thought so. But it wasn’t.
Dropping off items to the homeless camp at 135A Avenue is a nice gesture. Giving to an organization that helps get these people off the streets is not an immediate gratification, but in the long run it is just a smarter thing to do. Various charities are asking us – this holiday season – to give them your used clothing, food and other donates and let them take care of those living on the streets. By just dropping off clothing all it’s doing is making mess on the already messy streets so they say. They would know. They see and deal with it every day.
You can give a person a fish…
Here’s who you can reach out and help:
http://lookoutsociety.ca/about-us/contact-lookout
https://nightshiftministries.org
https://www.surreyfoodbank.org
https://www.sourcesbc.ca
Neil
Share Tweet Share Pin